On-line processing of Greek 2nd group verbs was examined through a psycholinguistic experiment using masked priming. The critical comparison concerned the effect of past tense primes on present tense targets between two forms of the same verb: 2nd group basic verbs and their alternating forms. We showed that alternating forms benefit from morphological priming whereas basic forms do not, and argued that this cannot be compatible with a decompositional approach to the representation of morphologically complex forms in the mental lexicon. We propose an interpretation of these results which is compatible with a lexeme based approach and the interactive activation model (IAM, McClelland & Rumelhart, 1981). In this discussion, we emphasise the need, as far as the nature of psycholinguistic data is concerned, to take into account not only orthographic-phonological criteria, crucial for psycholinguistic studies in general and for masked priming in particular, but also criteria relevant to language use. The experiment presented here emphasizes the importance of considering the verbal system in its complexity, including usage-based language variation, when dealing with morphological processing. 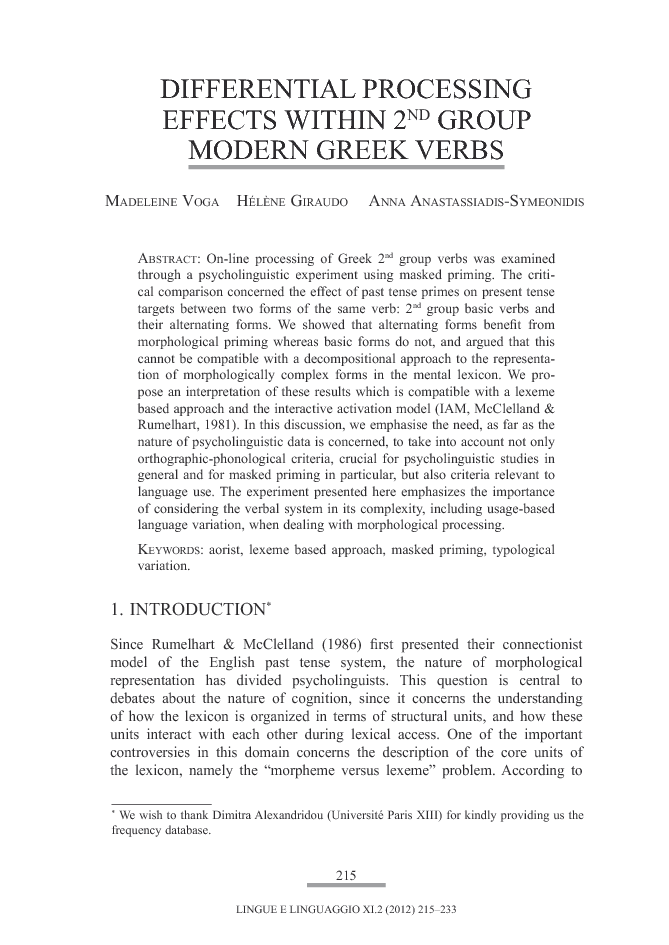