This paper outlines and justifies a general analysis of Romance verbal paradigms. In most Romance languages, verbs present a complex inflectional system, where lexemes are divided into several classes and subclasses, inflectional endings are highly redundant across classes for the same cell, and stems present a high degree of internal variation. These facts make an analysis based on a unique invariant underlying form difficult, as it requires the elaboration of a complex system of rules for deriving surface forms. By contrast, the approach described here aims at achieving economy of description not by minimising the amount of stored information, but by proposing strategies for organising the complex phonological representations attached to lexical units. The tools of this organisation are stems, i.e. phonological subcomponents of sets of inflected forms in systematic co-variation; a stem space, specifying the distribution of stems throughout paradigms; and a stem graph, which encapsulates the predictability relations in the stem space through a minimal set of connections that are maximally reliable. 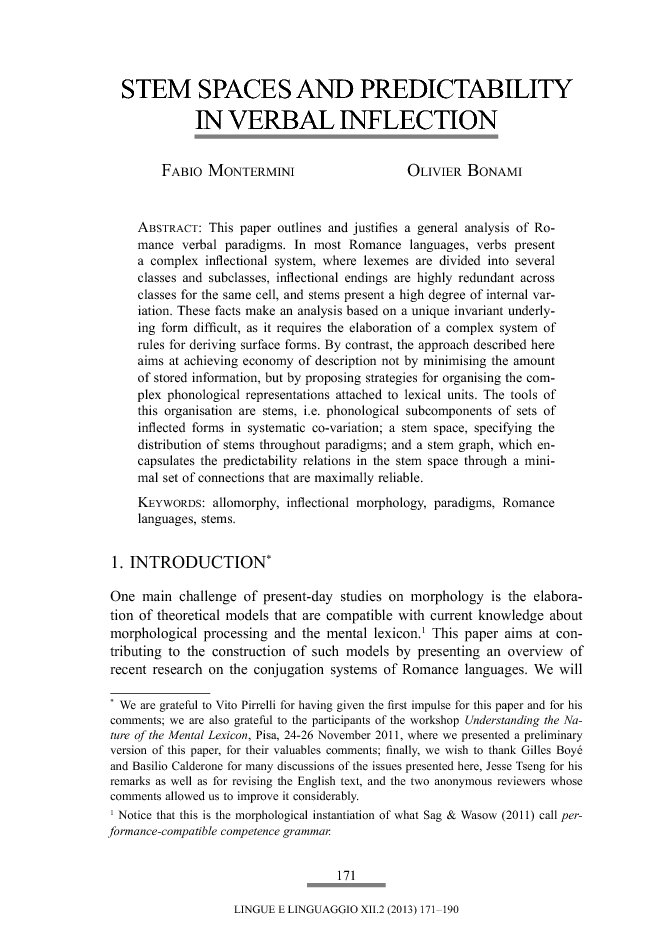