This paper evaluates the explanatory power of one the principles of optimal computation proposed in Minimalism, the Distinctness Condition (DC, Richards 2010), through a study of genitive marking of arguments and modifiers inside the Spanish DP. We argue that, as proposed by Richards, the DC - which bans two identically labelled constituents from being linearised in the same cycle - provides an elegant account of the marking of arguments inside a complex event noun. However, we show that other cases of multiple genitive-marked constituents inside the DP seem to be prima facie counterexamples to the DC: in Spanish, two genitive constituents are possible, and with a particular semantic class of nouns - representation nouns - three instances of a genitive can be found. We argue that these cases are not counterexamples to the DC because the empirical properties that they display show that each one of the genitives belongs to a different spell out domain. In doing so, this article provides evidence for the phasehood of nP and in favour of the Multiple Spell Out theory of Uriagereka (1999). 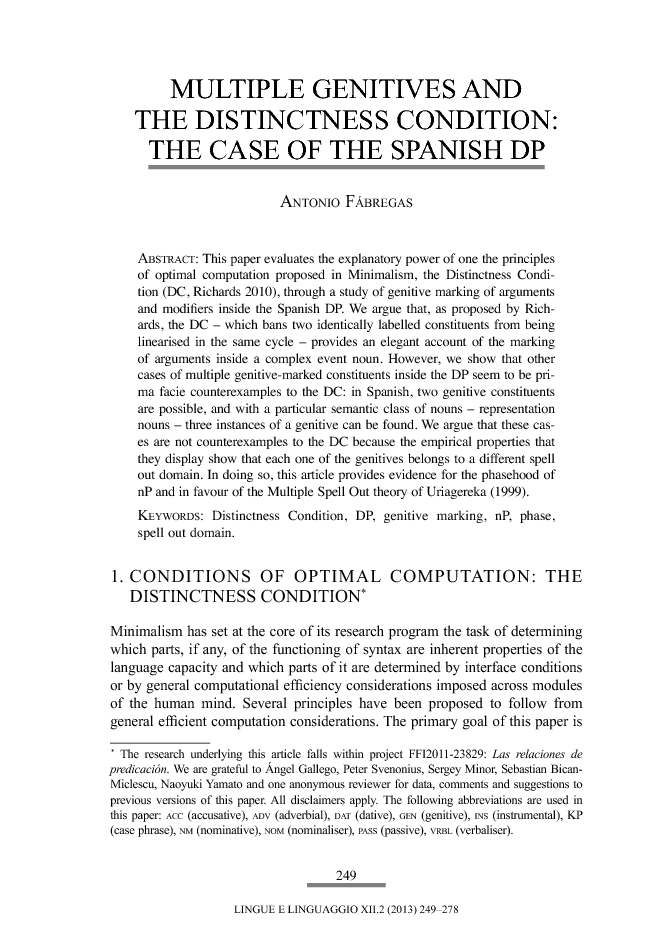