It is usually assumed that a cognitive approach to language dates back to the 1950s and not before. In contrast to such an assumption, the present essay aims at showing that cognitive approaches to language (even if, of course, they were not called "cognitive") can be detected in several linguistic theories dating from the nineteenth century and the early decades of the twentieth. Among these approaches, two main trends can be distinguished: a "naturalistic" and a "psychologistic" one. Also, the rise of so-called "ethnopsychology" and the debate about its scientific legitimacy, which developed primarily in the first decade of the twentieth century, are investigated: indeed, it was this debate which raised the problem of the relationship between the individual and social aspects of language. The lack of an adequate solution to this problem is among the causes of the abandonment of the cognitive approach to language. Further causes were the fact that the results of nineteenth century historical-comparative linguistics were achieved without commitment to any specific psychological model and the growing skepticism that linguists felt towards explanations based on alleged general psychological principles, which appeared unable to account adequately for those features that are specific to language. 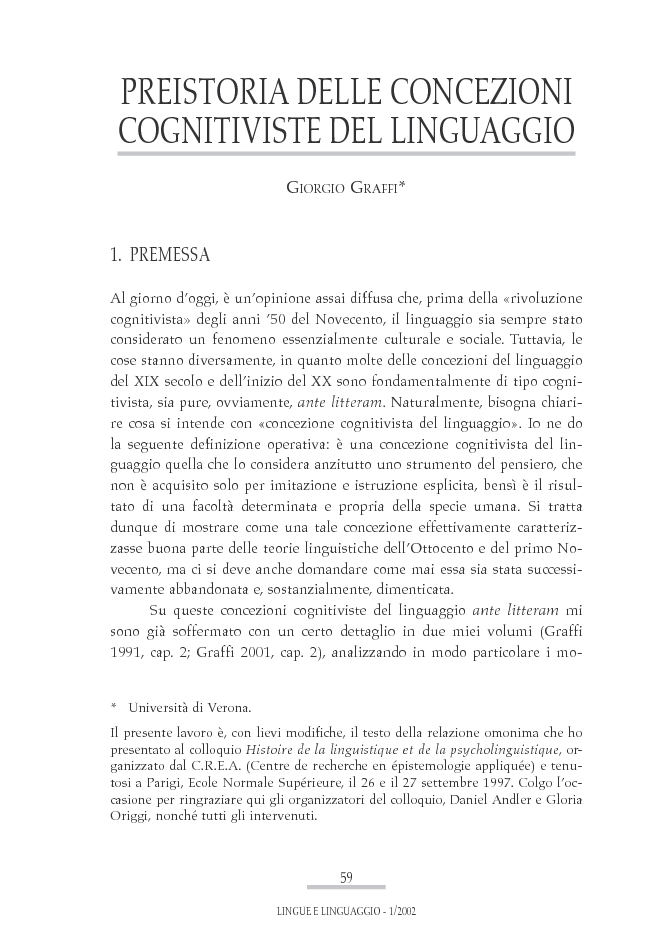