Serbo-Croatian deverbal nouns in -VV.je show a striking dichotomy along three apparently unrelated dimensions - productivity, semantic transparency and prosodic faithfulness to the base. Nominalisations from imperfective verbs display full productivity, semantic transparency, and a prosodic pattern attested in the paradigm of the verb. Those from perfective verbs are derived only from a subset of S-C perfective verbs, semantically non-transparent, and display a prosodic pattern unattested in the paradigm of the verb. We argue that this match across different dimensions has a role in delimiting the domain of the paradigm of the verbal lexeme, and, consequently, in delimiting the verbal domain. We show that a prosodic pattern different from all the patterns attested in the verb's paradigm marks that the morphological complex containing the stem of the verb is a new separate lexeme. Our analysis has consequences for the theory of paradigms. We employ Lexical Conservatism (Steriade 1997) to model different levels of relatedness in the lexicon, making clear predictions on how forms converge and diverge overtime. Our model derives a coconut-like architecture of the lexicon, whose soft core contains paradigmatic derivations, and the outer layers involve the domains of increasingly constrained productivity, idiosyncratic semantics and new prosodic shapes. 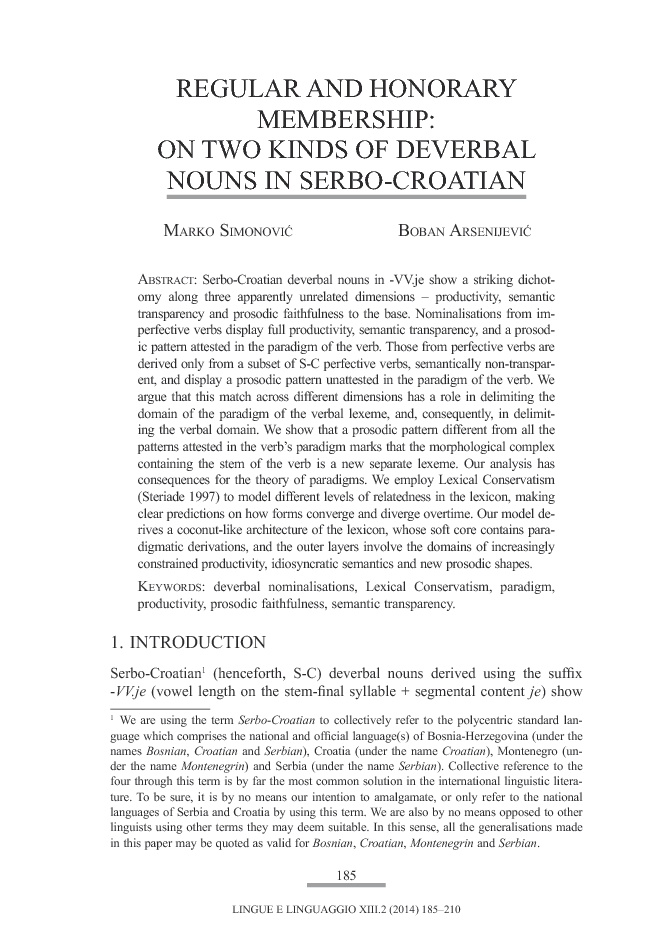