Linguists have identified a number of types of recurrent semantic change, and have proposed a number of explanations, usually based on specific lexical items. This paper takes a different approach, by using a distributional semantic model to identify and quantify semantic change across an entire lexicon in a completely bottom-up fashion, and by examining which distributional properties of words are causal factors in semantic change. Several independent contributing factors are identified. First, the degree of prototypicality of a word within its semantic cluster correlated inversely with its likelihood of change (the "Diachronic Prototypicality Effect"). Second, the word class assignment of a word correlates with its rate of change: verbs change more than nouns, and nouns change more than adjectives (the "Diachronic Word Class Effect"), which we propose may be the diachronic result of an independently established synchronic psycholinguistic effect (the "Verb Mutability Effect"). Third, we found that mere token frequency does not play a significant role in the likelihood of a word's meaning to change. A regression analysis shows that these effects complement each other, and together, cover a significant amount of the variance in the data. 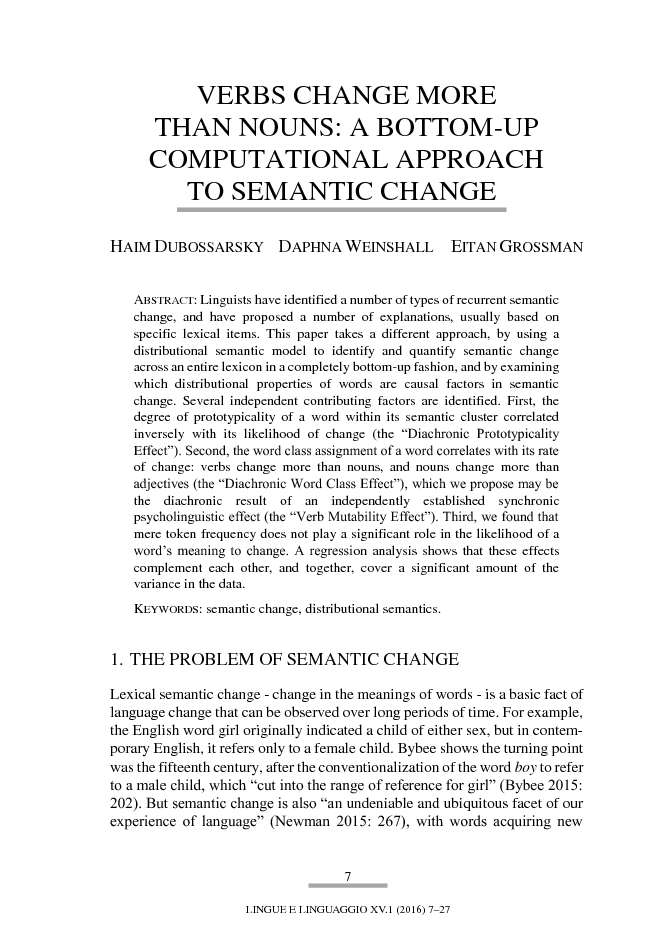