Two omission phenomena in a variety of child languages are discussed: omission of articles and third person direct object clitic pronouns. I show that omission is not a unitary phenomenon across child languages. Omission of articles is observed in production from age 2;0 through about age 3;0, in spite of the fact that around 11 months infants are sensitive to them. Omission is higher and lasts longer in Germanic languages than in Romance languages. This pattern is accounted for by assuming that children know the syntax governing the use of nouns, but fail to comply with various interface requirements. As for 3rd person direct object clitics, omission is shown to last longer in some languages (Spanish, Romanian and Greek) than in others (Italian, Catalan and French). This different pattern depends on the nature of clitics in the two sets of languages, clausal affixes versus DP/D°, and the different processes in which they are involved. This approach accounts for the syntactic differences between the two sets of languages: clitic doubling, past participle agreement and absence/presence of the partitive clitic. 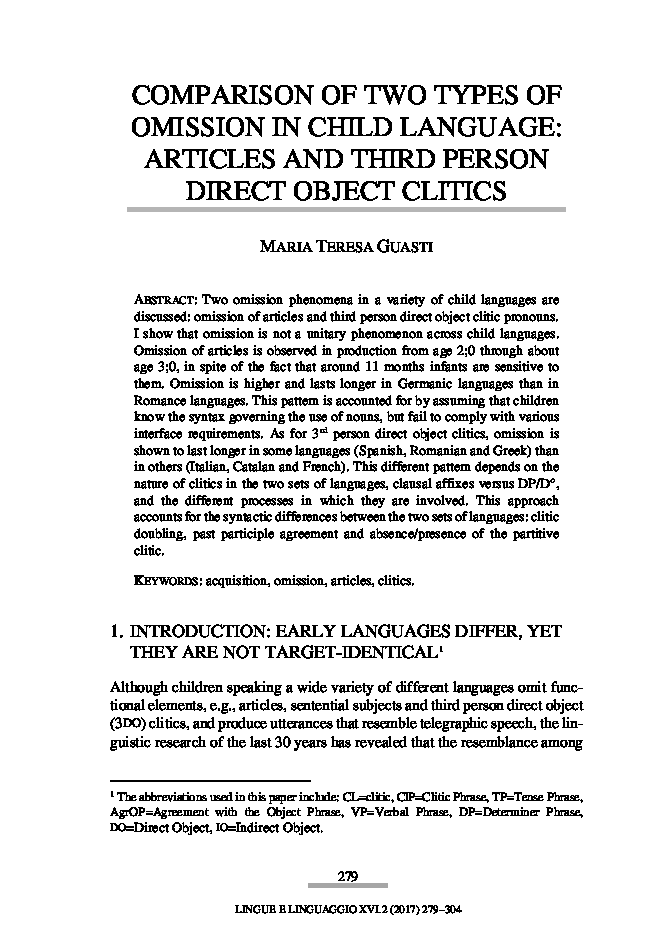