Con me e con gli alpini is the most contradictory and revealing among Piero Jahier’s works. Every attempt of definition leads to an antinomy, such as the fluctuation between lyrism and choral yearning or the qualm between moral steadfastness and emotional anxiety, not to mention the programmatic alternation of prose and verse. The uncertain status of the work matches with its tortuous editorial story, as well with the author’s haphazard creative career. In comparison, the image of Giuseppe Ungaretti as the poet par excellence of the First World War appears more than ever as the outcome of an ideological mystification. The true symbol of that dramatic page of history was not the self-discovery of a repatriated son of emigrants, but the tangle of doubts of the Florentine poet, who at first translated his French surname in Italian (Giaiero), then signed his articles on the trench newspaper «L’Astico» using a dialectal, confidential pen name (Barba Piero): a pseudonym which looks like a retraction, along a non-linear path from interventionism to pacifism. 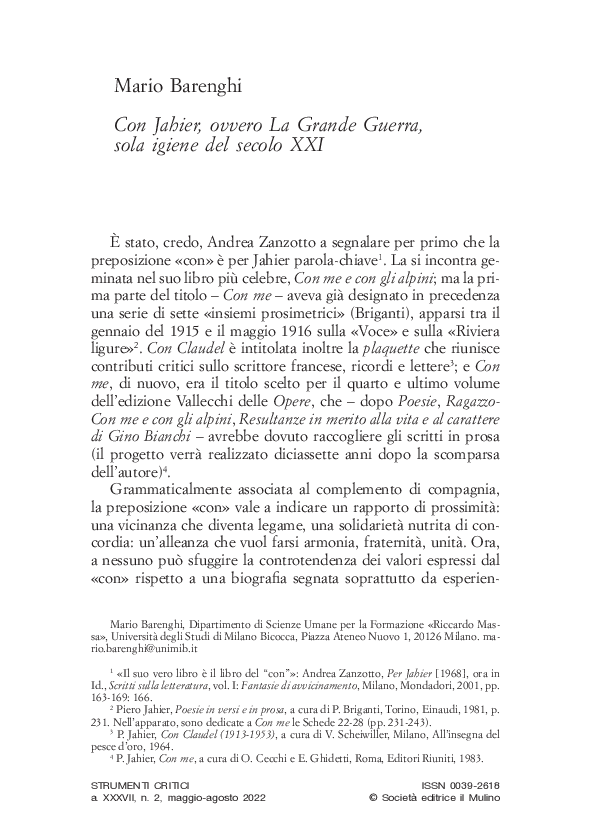