This paper examines the character of variants in works left unfinished by their authors, focussing in particular on Petrarch's "Africa"; in the ms. Laur. Acquisti e Doni 441, which is an accurate transcription of Petrarch's original text, two types of variants can be identified: the 'variants in progress', awaiting improvement towards a final choice, and the 'active variants', written alongside the text without erasure of the corresponding readings in the text. Clearly, the poet was not entirely sure about substituting them. The editor should consider the 'active variants' a complementary part of the text, not to be confined to the critical apparatus, but to be published within the same visual space as the readings to which they refer. 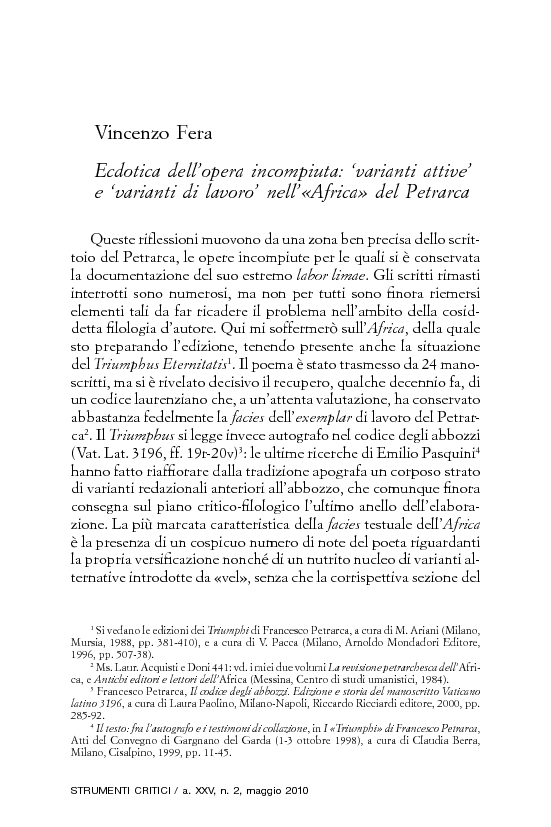