Two scenes from Thomas Mann's "Joseph and his Brothers" and Tolstoj's "War and Peace" reveal recognition as a true enigma. In both final episodes a mysterious, unknown detail enlightens the characters' memories, leading to a mutual recognition, otherwise impossible. Benjamin recognizes his brother thanks to a faint trace, a scent of myrtle, while Pierre Bezuchov inexplicably recognizes Natasha just when a smile appears on her face. Man can overcome the absence of the other, linking "what was there" with "what is now here" just with the help of an inexpressible "something". The origins of this "dark energy" are the conscience of Time and the deep conscience of the self, both playing a crucial role in recognition scenes. Henri Bergson's theories about Time and memory and Paul Ricoeur's studies on personal identity help us to disclose a mental, interior process during which Man recognizes himself as part of the Cosmos. 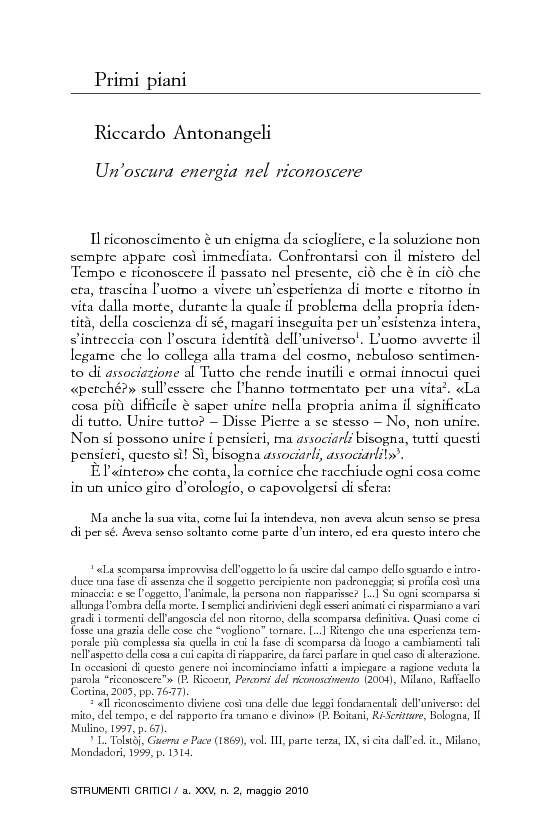