On several occasions, Andrea Zanzotto employed the formula 'trilogia' or 'pseudo-trilogia', connecting three poetry collections that were published within a decade, Il Galateo in Bosco (1978), Fosfeni ('83), and Idioma ('86). The close examination of Zanzotto's manuscripts, held in the University of Pavia's Fondo Manoscritti, exposes an extremely complex poetic laboratory, which over the years has been subject to numerous structural changes and an intense rewriting of the single texts. This essay aims to reconstruct the intricate genetic and elaborative processes underlying Zanzotto's trilogy in the last months of 1977, a pivotal period to the history of the books. During this time, the three works were explicitly interwoven and Zanzotto's attention was focused on a book project entitled 'Lógos Erchómenos', which would take on a different form years later with Fosfeni. 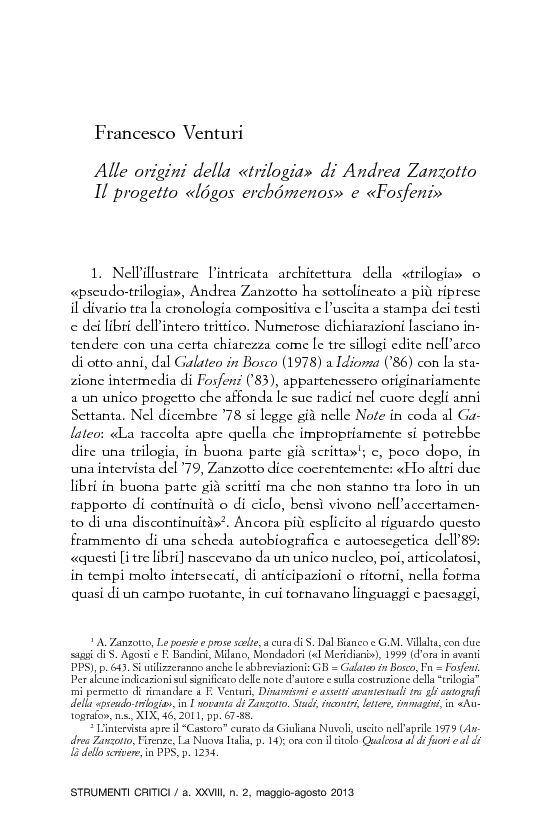