A distinctive feature of Lampedusa's "The Leopard" is a structural contrast. At the level of events, a system of anticipations, duplications, and iterations give the impression that nothing unexpected or unprecedented may ever occur. At the level of representation, there is a careful succession of told and untold, of empty and full: both the protagonist and the narrator prefer what is tacitly assumed or just hinted at, according to Stendhal's 'syncope method'. On the other hand, the novel claims that in Sicily the truth of facts is always submerged by talk. Gossip, rumours and insinuations create a powerful misleading machine that makes reality unattainable. The prince of Salina tries to keep his distance from this social phenomenon, which in fact the novel only evokes (the reader only perceives muffled echoes). The consequence is paradoxical: in the world of "The Leopard" everything seems unavoidable, but nothing is clear. 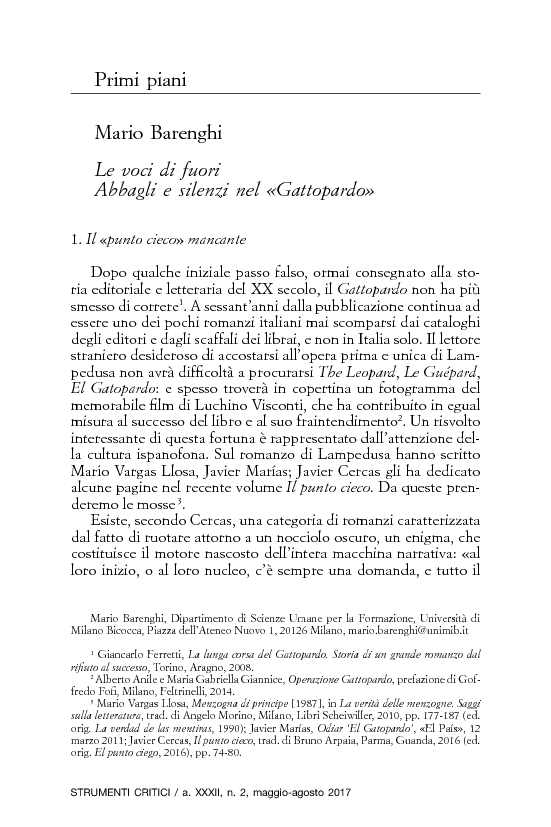