This article investigates a series of narrative devices enabled by fascist characters in texts such as La luna e i falò by Cesare Pavese (1950), Ultimo viene il corvo by Italo Calvino (1949), Un eroe del nostro tempo by Vasco Pratolini (1947) and Il prete bello by Goffredo Parise (1954). From a rhetorical perspective, the fascist villain is like an enigma, the trope that Aristotle in his Poetics and Rhetoric defined as a hidden simile that provides insight, pleasure and perspicuity to the readers by giving them the stimulation of an unusual combination of words and metaphors. 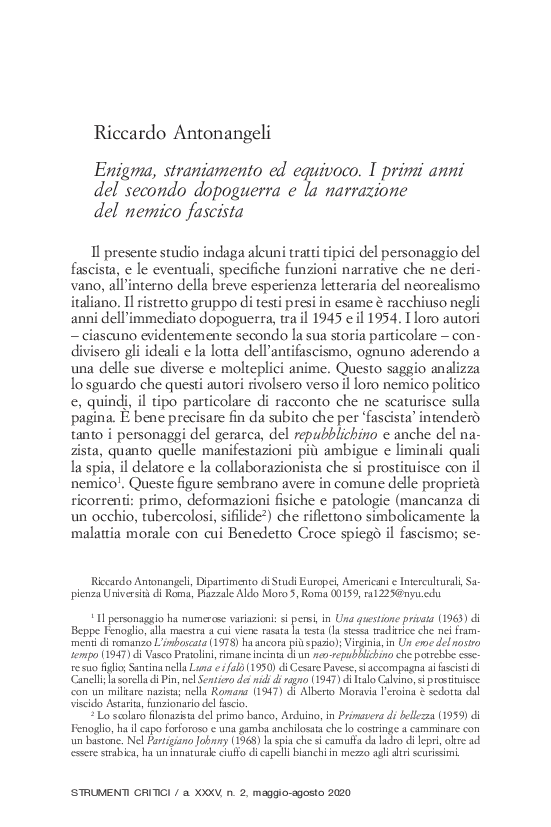