The meeting of Pierre Boulez with André Schaeffner takes place on the pages of the rewiew "Contrepoints" between 1949 and 1951. In that period Boulez was a twenty four years old young musician, who exceptionally wrote on a specialistic rewiew, but could already boast of a certain number of compositions. Probably Schaeffner exerted a strong attraction on him. Thirty years older than him, founder of the Department of Musical Ethnology of the Museum of the Man, musical critic, moreover author of one of the first biographies of Strawinsky, he represented for Boulez the link with the previous generation and his principal source of information about extra-European musical instruments and traditions. For his part, by Boulez, Schaeffner always kept in touch with the contemporaneous musical creation; in Boulez as conductor he saw his own interpretation of Debussy's production realized, and he reconsidered his position in comparison with Schoenberg and the Viennese School in general. 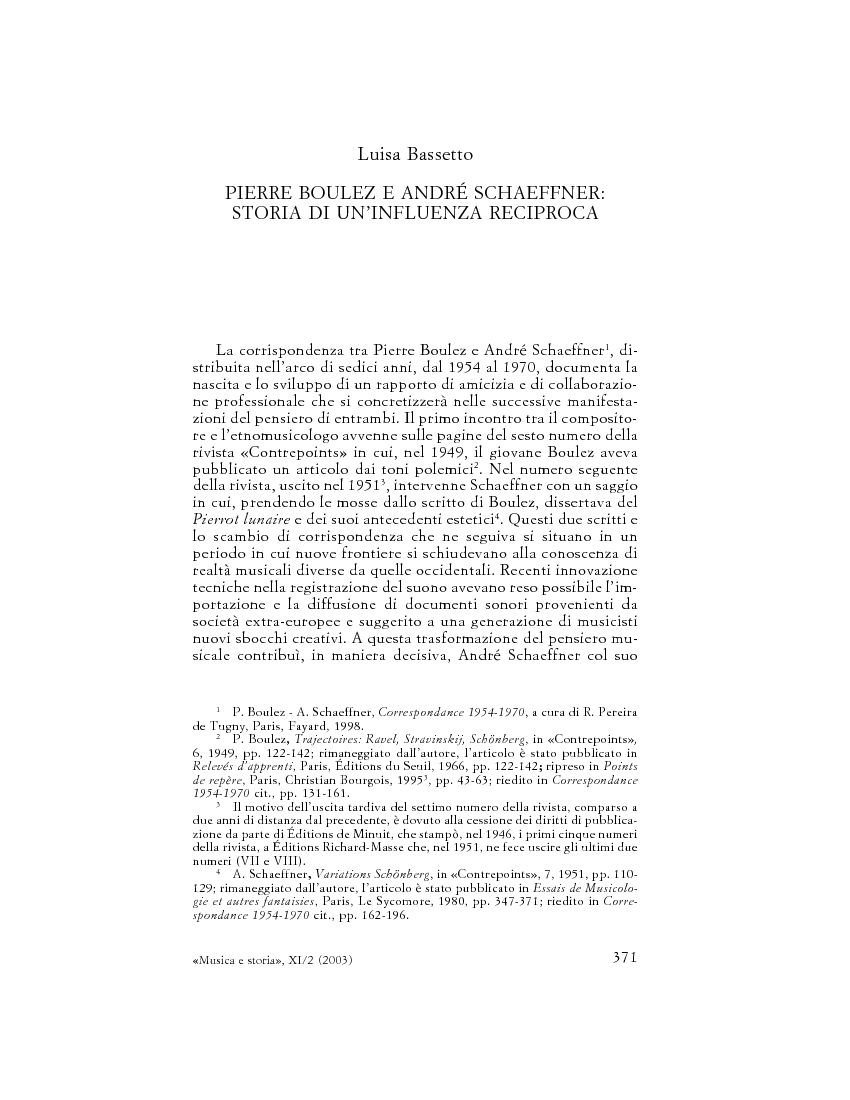