In Hegel's "Aesthetics", instrumental music, defined as "autonomous music," is looked at from different viewpoints. On the one hand, since it is free from words it seems to be a more specific and complete production of music. On the other, as is well known, it is viewed with suspicion due to its vacuity. Composers of this music can be both ingenious people and "empty heads," and the absence of text deprives it of the references to content which are necessary for a full aesthetic experience. On the basis of a dialectical development of the arts, Hegel sees in instrumental production the fulfilment of abstraction which characterises the music, the substance of which, sound, is like a "totally empty ego." Following his preferences and aversions, however, in the success of "autonomous music," which was flourishing in his time - he sees an element of crisis. This music, only of interest to the "connoisseur" who appreciates its constructive quality, is obscure to the "simple amateur," who represents the universal artistic needs of humanity. The philosopher's uneasiness in the face of this cultural phenomenon cannot be seen, in retrospect, as the inheritance or ramification of the widespread 18th-century hostility towards instrumental music. It is rather his taking a stand, fed by his rich and upto- date artistic culture, against contemporary reality, a form of dissent towards the romantic metaphysics of "pure" music. 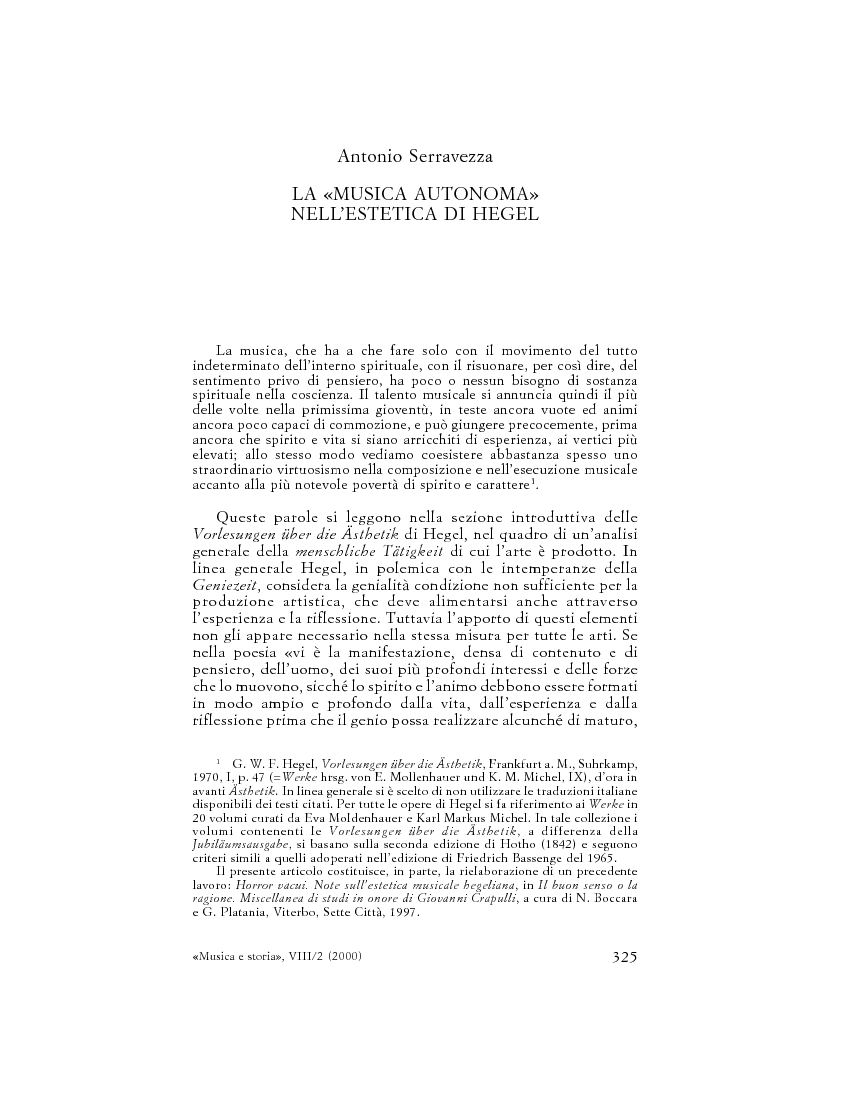