In the nineteenth century, what remained of Metastasio's azioni sacre, and of his "Passione di Gesù Cristo" in particular? At first glance, the answer would seem to be: very little. There were some late performances of eighteenth-century Passions and some echoes in libretti and dramatic texts. Before "the period of Perosi" the Italian oratorio had decline, marking the end of a poetic and musical-dramatic culture of which Metastasio's "azioni sacre" had been the most vivid expression. This decline was due partly to the disappearance of the traditional places for such performances (oratories, "ospedali" and court chapels) but also to the influence of Northern Europe on the way in which oratorios were performed. As the oratorio went into decline, Italian theatres began to produce melodramas based on biblical or "tragi-sacred" stories. An examination of nineteenth-century repertoires reveals that some theatre companies put on plays recounting sacred history, biblical stories or the lives of saints ands martyrs that were often influenced by libretti covering the same subject matter. In Venice, one might cite the season of plays put on during Lent 1806, which included some of the "azioni sacre" written by Metastasio. This was the beginning of a gradual and uneven development in the repertoire, which saw a taste for the secular replace that for eighteenth-century sacred drama. 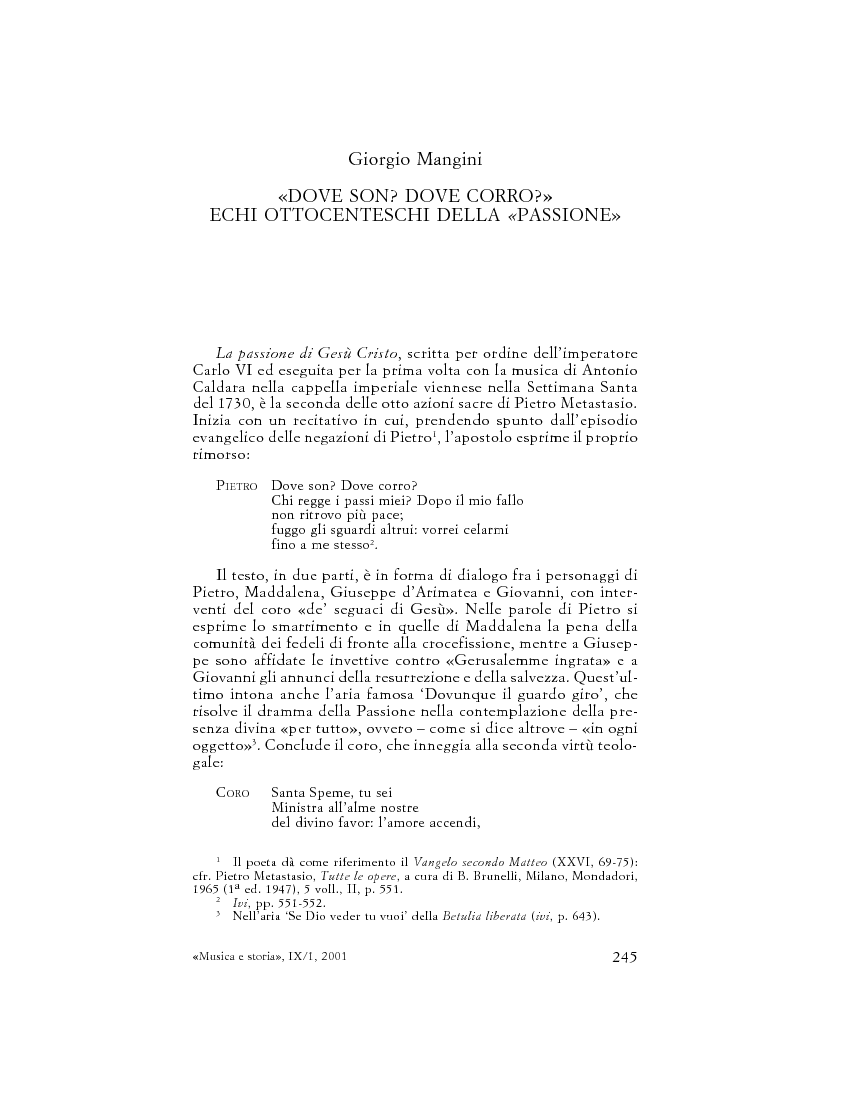