This research centred on the libretto of "Messiah" follows the path of recent studies that have revealed the importance of investigating the structure and the biblical inspiration in order to better understand and appreciate the Handelian masterwork. The specific aim is first of all towards an historico-critical and theological analysis of the biblical texts of which Jennens' libretto is integrally interwoven. Following the patristical principle "Scriptura crescit cum legente", it is noted how the passages of the Old Testament that predominate in the first two parts of the oratorio had already been reread and focussed attention on the biblical history of Israel before being received in the New Testament and in the traditions of the Church in the messianic sense applied to Jesus Christ. However, the role that anglican liturgy had in suggesting to Jennens the choice of the biblical texts in relationship to the Advent and the Passion of Christ, illustrated in the first two parts of the libretto, is also emphasised. Similarly, in the third part of the libretto, dedicated to proclaim (in a subtextual polemic with the insurgent deism and rationalism) the final physical resurrection of the redeemed, the biblical texts are again drawn from those set out in the liturgy, even to the expected rites for funerals. In short, it was this familiarity with the biblical texts, in which the liturgy educated the anglicans, that rendered those that knew the libretto more capable of understanding and appreciating Handel's masterwork: a goal shared equally by this research for the contemporary audience. 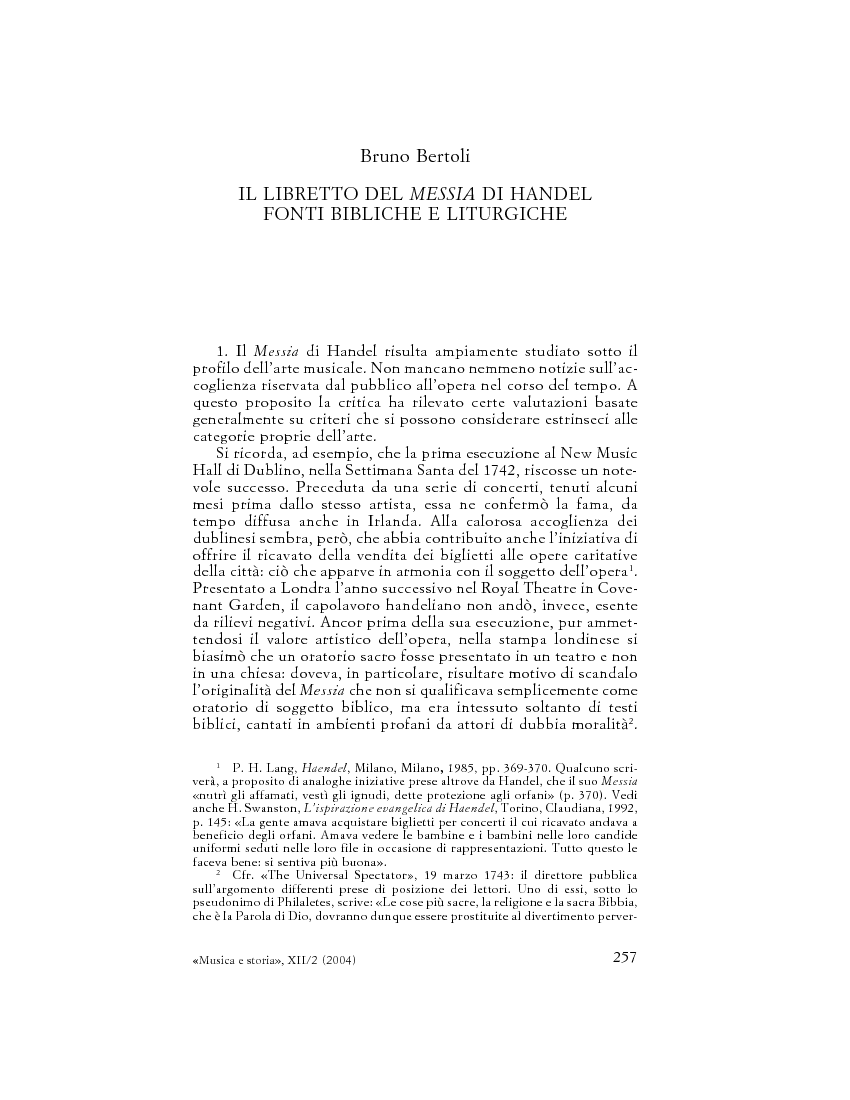