This study, arising from the preface to the 1847 catologue of the neapolitan publishing house Girard - a valuable text never previously examined by scholars - interrogates the functions and styles of vocal scores in Italy in the first half of the nineteenth century. After having delineated the commercial strategies and the criteria of selection and transcription that signal the launch of this editorial production, the discussion turns to the complex relationship - including the legal aspects - that existed between theatrical management, composer and publisher, with its consequences on the timing and strategies of production of the printed score. The vocal scores were presented as a publishing product of multiple functions: to be enjoyed in the drawing room by both professionals and amateurs; or to be acquired as a 'document' of a given theatrical creation, and as such the object of collection and study. Such functions generated diverse modalites of the preparation of the transcriptions, that in their turn were dependent on the different market strategies of the publishers. In particular, Girard prepared edited and transposed publications expressly destined for amateurs; the financial considerations concerning such matters in the Preface are also extremely interesting as regards knowledge of the executive procedures. Although similar practices were far from the compositional will expressed in the original score, the composers (Gaetano Donizetti "in primis") were cited as guarantors of their validity, particularly where the authors themselves oversaw or personally supervised the adaptation. A wide-ranging investigation based above all on the correspondence (in part unpublished) of the composers and publishers leads finally to the assertion that the vocal scores invited increasing attention from the post- Rossini generation, assuming almost the physiognomy of a normative "opus", in conflict with the inevitable compromises of the performative dimension. 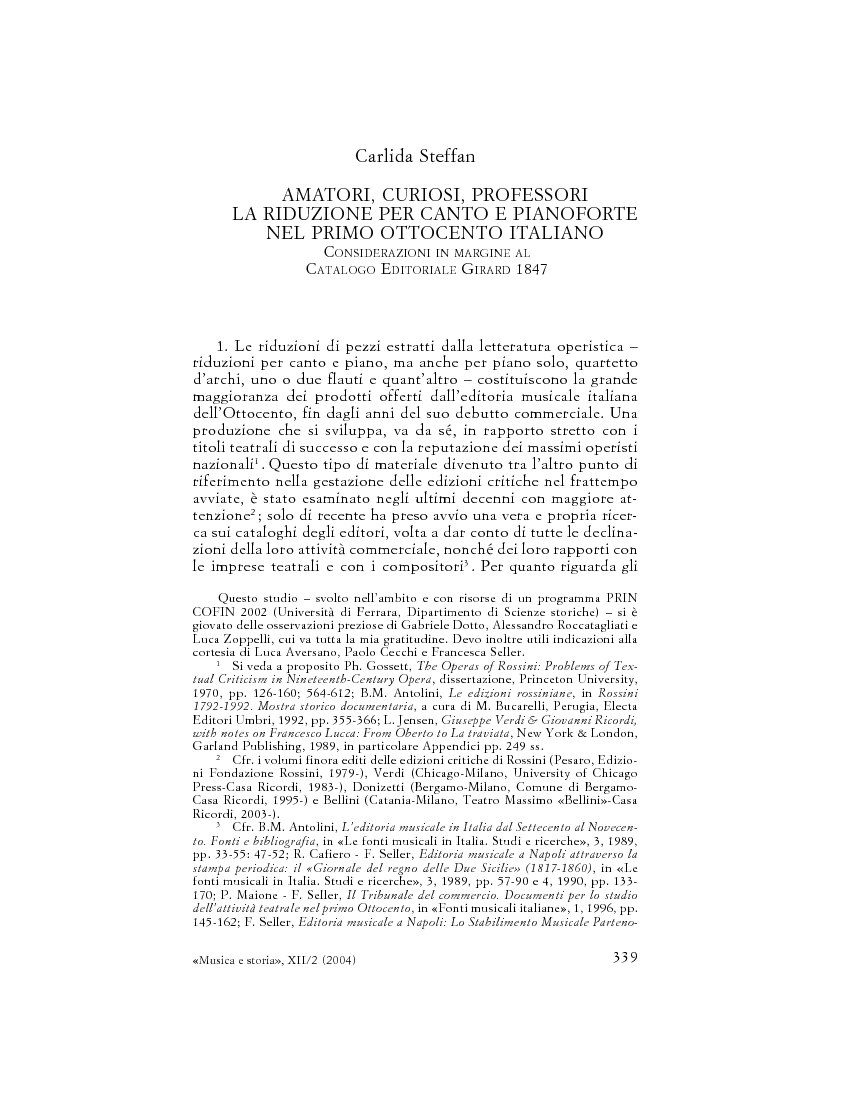