The librettist Matteo Noris is a prominent figure in Venetian opera in the second half of the seventeenth century. His 'dramma per musica' "Flavio Cuniberto", set to music by Giovanni Domenico Partenio and performed at the San Giovanni Gristostomo theatre in Venice in 1681, shows the advanced achievements of plot management, timing and pacing of action, as well as the treatment of music in libretto writing, of his time. Noris' drama combines two different sources, Pierre Corneille's tragicomedy "Le Cid" (1637) and an episode from "Historia Langobardorum" by the medieval historian Paulus Diaconus. There is evidence, however, that Noris used "Del regno di Italia sotto i barbari" (1653), Emanuele Tesauro's elaboration of Diaconus' "Historia", instead of the original text. Noris devised the action in a double plot, the late seventeenth century standard type, by distributing the two sources each on one of the plots. Except for a few moments where the plots are bridged by the central figure, King Flavio Cuniberto, they are kept separate throughout the drama. It is deceptive - although tempting - to see the drama mainly as a disguised version of Corneille's famous tragicomedy on love, honour, revenge and forgiveness. An explanatory letter, added by Noris to the early editions of his successful textbook, provides a clue for the interpretation of the drama, which thus has to be read as play about a tyrant and a community with eroded moral foundations. According to a common view, seventeenth century 'dramma per musica' is in its basic structure simply a spoken drama with added arias. A closer look, however, reveals how librettists like Noris are fully aware of the special nature of the genre; they use music not in an ornamental function but as an essential feature of the narrative and dramatic structure. By the time of Noris, librettists had learned how the presence and distribution of aria texts determine the timing and pacing of the action. Special metric forms like double arias (i.e. aria texts with two strophes to be sung by two different persons) may denote relationships among the roles, while arias placed at the point of maximal confusion may act as a metatheatrical device. Thus, music becomes a means by which the dramatic process is reflected and communicated from the stage to the audience. 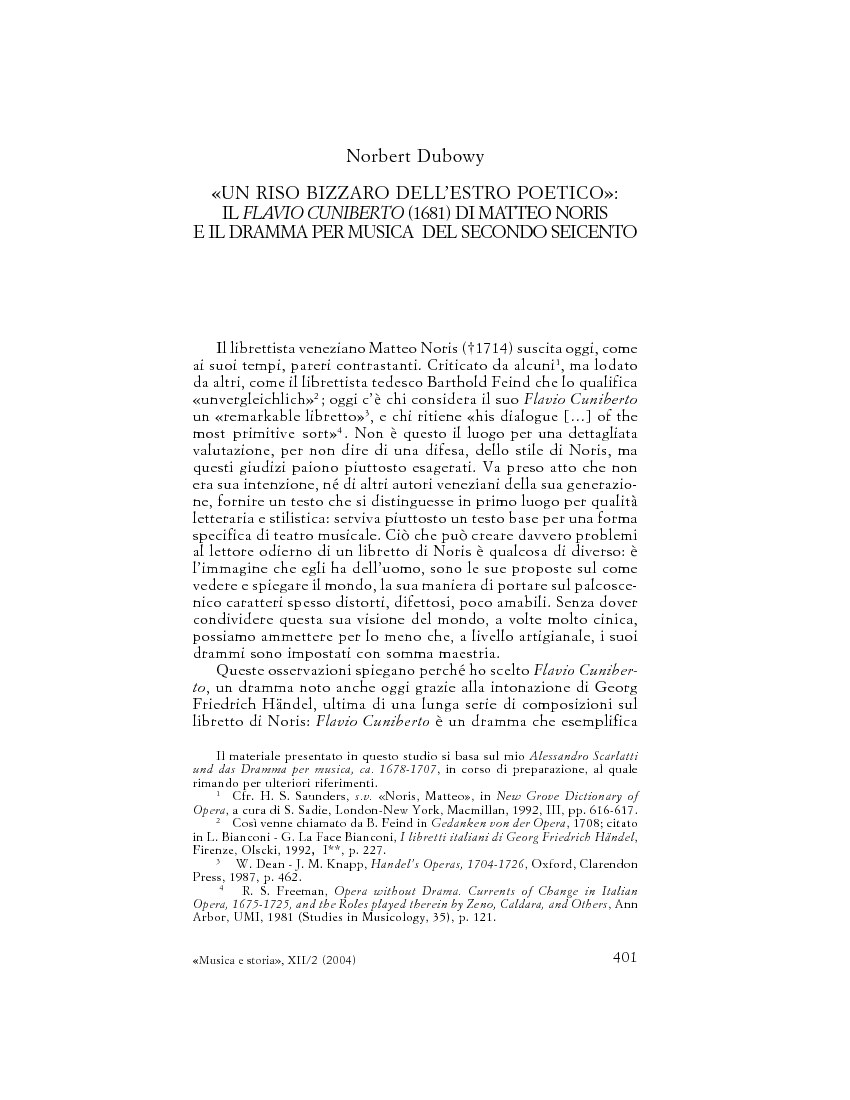