Musical iconography can be an important instrument for investigating the past. If analysis is applied to paintings, as in this case, in which the musicians and singers are depicted in a life-like manner, one might obtain various information not only of historical import, but also pertaining to organological and performance practices. The painter's subjects examined here are three of the great lunettoni that adorn the walls of the church of San Zaccaria at Venice, made in the final decade of the seventeenth century: Antonio Zanchi's "Trasporto dei corpi di San Pancrazio e Santa Sabina"; Daniele Heintz's "Il Doge Pietro Lando assiste alla consacrazione della chiesa nel 1543 da parte di Giovanni Lucio Stofileo, vescovo di Sebenico"; and Andrea Celesti's "La visita di papa Benedetto III al monastero". For evident reasons, the musicians portrayed here were members of the musical chapel of San Marco, in turn positioned and displaced in the architectural space - that resembles perfectly that of the church itself - according to precise necessity, not only of a pictorial but above all of a musical order. This essay, then, develops an analysis of instrumentalists and singers in relation both to the surrounding historical period and to the archival documentation available to us, with the intention of opening a window on the executive practices of sacred music, in a specific historical and cultural context. 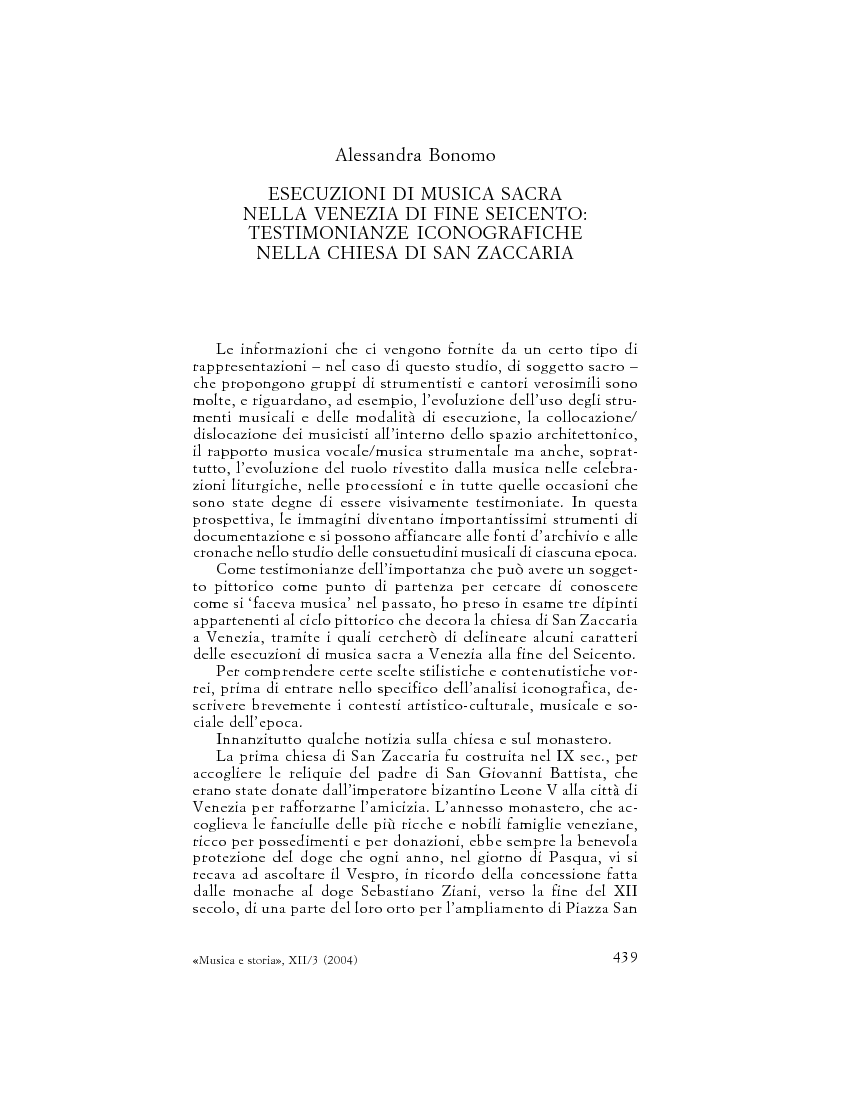