This research is orientated in two directions: soundings in the literature of both spiritual and visionary itineraries. As regards the first, it is apparent that within it sonorous events are either absent, or even, when present, always interpreted in a symbolic sense. However, where they exist in visionary literature (in fact even here their presence is infrequent), they are rather cultivated in their immediate, real dimension: that is, acoustic. The ascent of Moses to Sinai is considered a 'strong' model of spiritual itinerary in the late ancient and mediaeval age. During it, the sonorous event that was the object of greatest interest for the late ancient and mediaeval world takes place: it is constituted by the sound of trumpets. The context of this event is first delineated, beginning with the narration of the Exodus. The examination then turns to how it was interpreted in Gregorio di Nissa's "Vita di Mosè", dated around 390; how it was reported in a passage of Ps.Dionigi l'Areopagita's "Theologia mystica"; how in the Latin mediaeval period it was interpreted by Roberto Grossatesta and by Alberto Magno (thirteenth century) in their comments on the "Theologia mystica". Finally, two documents of visionary literature are illustrated by tracts from the writings of Gertrude di Helfta and of Margherita da Cortona, both living in the second half of the thirteenth century. 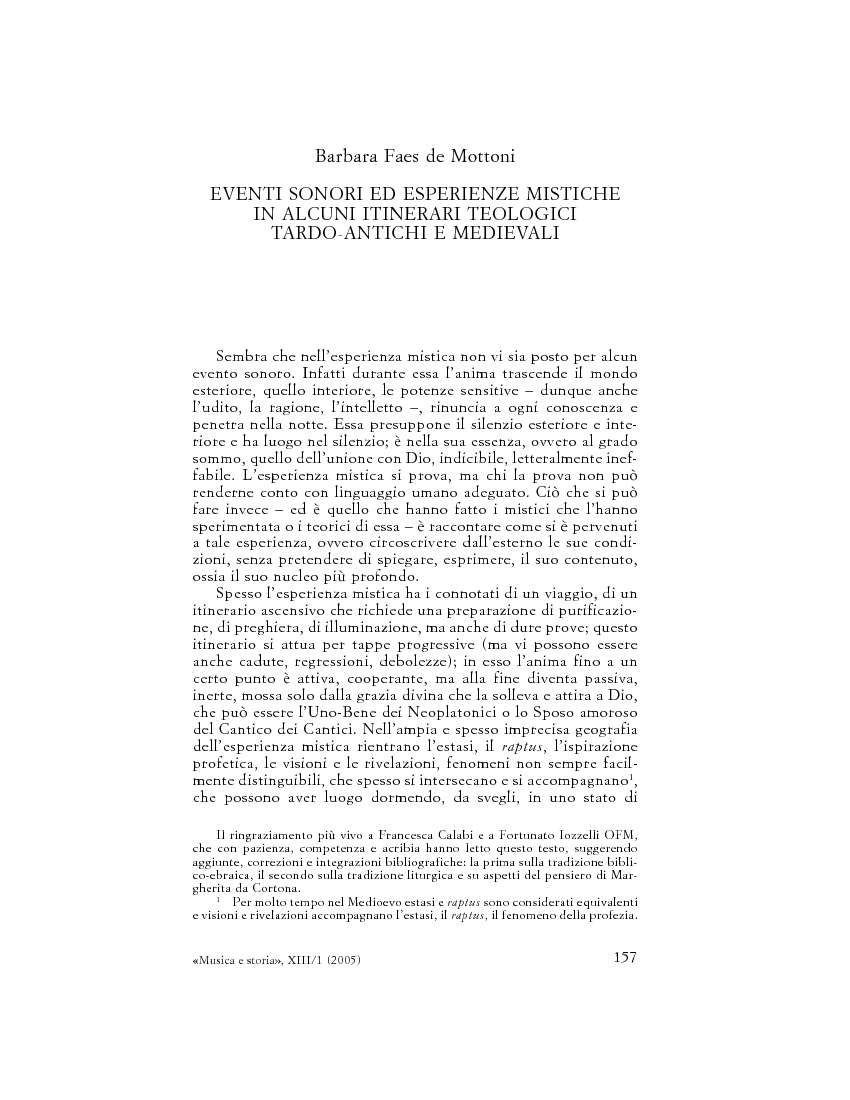