After long debate on the characteristics of sacred music in the last decades of the last century - a debate that was not always calmly conducted or carefully documented - this brief study evidences, clearly and decisively, the real (and not utopian and/or ideological!) literary-musical qualities of liturgical music, as they forcefully emerge from the documents of the Universal Church and the Italian Church, following the legislation of Vatican II. Described in detail are the new characterizations of the "Canti della Messa". Examined are their various compositional-performing possibilities, both in their nature and in their liturgical-celebrational function, and their stylistic structure, with particular reference to their literary form, their ritual function and the role of the people called upon to perform them (psalmist, choir, congregation). The last part of the study dwells on the reasons for using instruments during liturgical rites, specifying the main criteria for their admission into the Christian liturgy, with reference to their phonic features, their contribution to the beauty of the rite and their acceptability within the Christian communities. 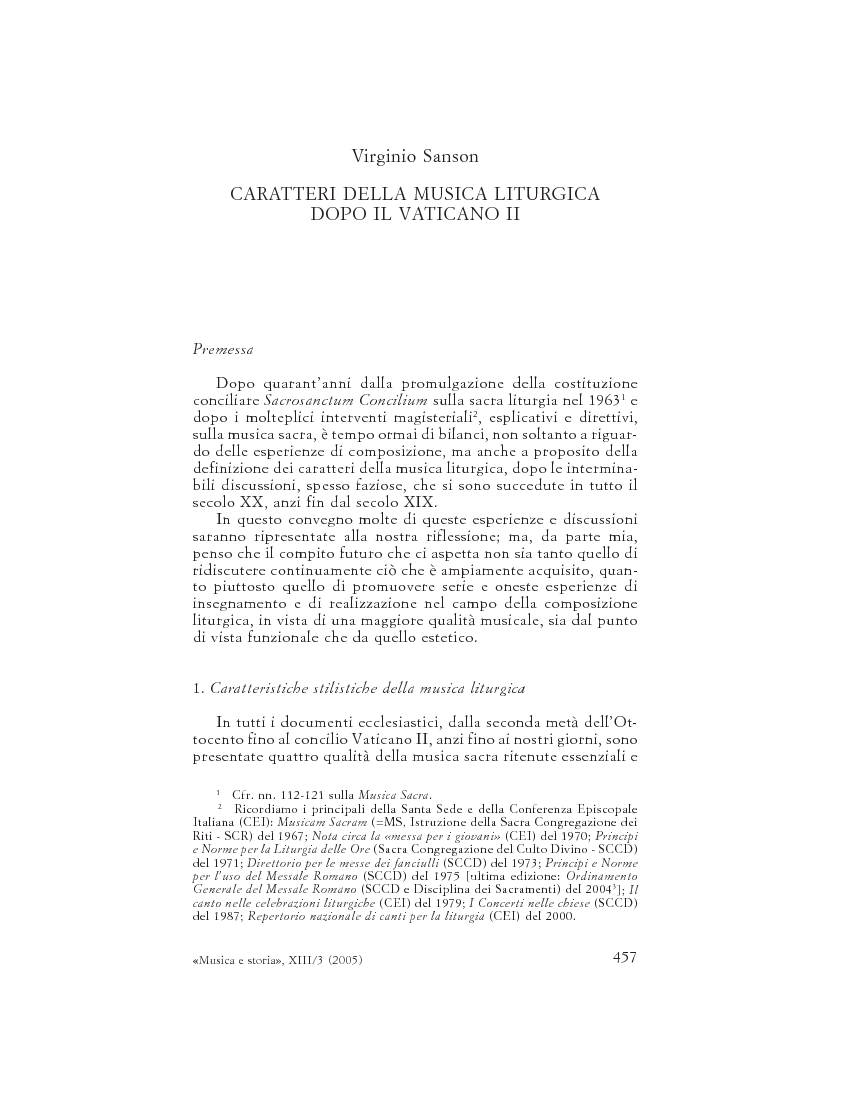