The prevailing opinion that the reform made by Vatican II closed the doors on contemporary art music has no foundation in the actual conciliar documents themselves. After an analysis of the pronouncements and the liturgical practice of the last forty years, the situation is more complex. Vatican II was unquestionably a moment of aperture of the Church to the contemporary world. It was in the successive post-conciliar phase that the reform encountered difficulties of application. This was due to lack of preparation on the part of the clergy, lack of government and control on the part of the ecclesiastical authorities and a stubborn prejudice against modernity. Already before Vatican II the need for a new encounter between Catholic liturgy and modern music had emerged in initiatives such as the "Messa degli artisti" (Artists Mass) founded in Rome by Monsignor Ennio Francia with the assistance of musicians like Alfredo Casella and Goffredo Petrassi. This approach was embraced in the Vatican in 1964 by Paul VI, who proposed, in the allocution pronounced on that occasion, a new friendship between Church and artists. However, this pronouncement had no following, despite its high spiritual and cultural value. In the event, post-conciliar liturgical music witnessed a prevalence of forms of commercial pop, in spite of the fact that the ecclesiastical pronouncements required this functional repertoire to possess the dignity of art. From this contradiction, which is still relevant and unresolved today, two different musical liturgies seems to emerge, corresponding to two different conceptions of the sacred: one is an artistic conception, of Romantic derivation, which proposes a vision of transcendent divinity; the other a pop conception, secularized and based on an experience of the divine that is humanly shared and founded on feelings of charity. 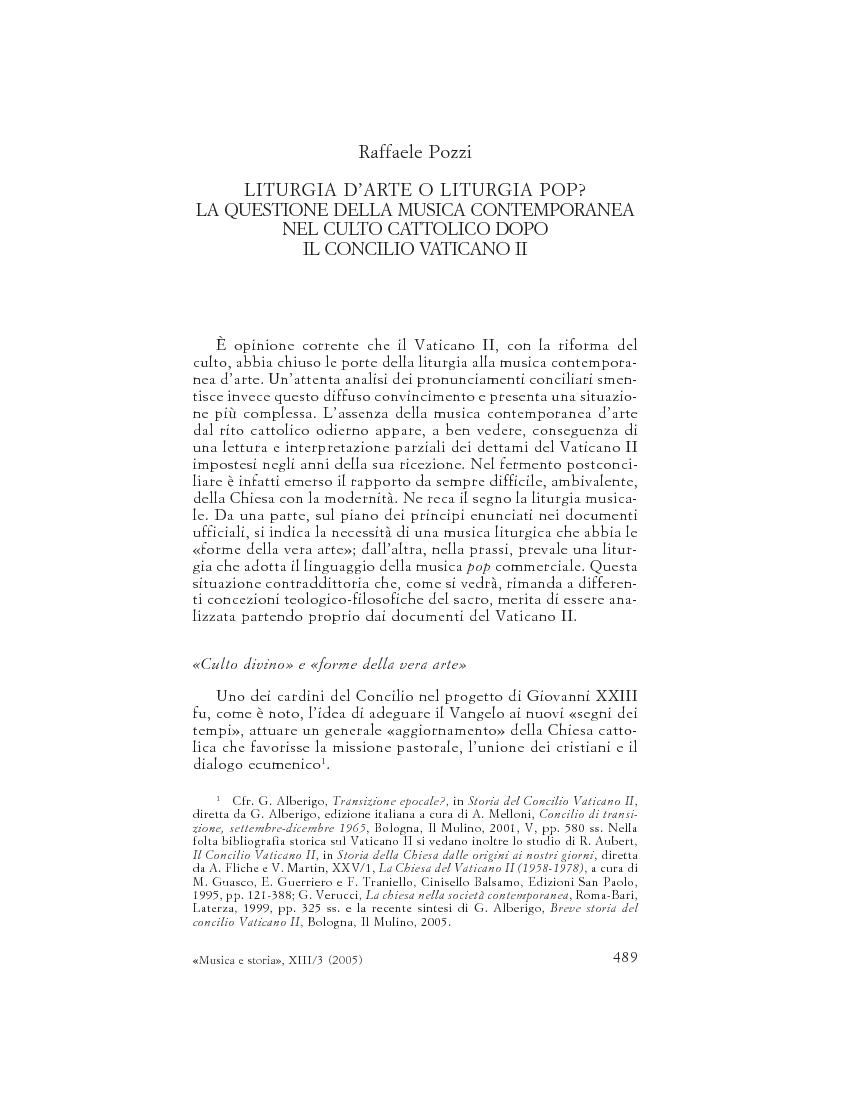