This article studies arias published in Venice between 1680 and 1690, a period that stands approximately midway between the opening of the first entrepreneurial theatre in 1637 and Metastasio's debut in Venice in 1725. For each year a random sample equal to half of the productions for which a census was carried out was chosen. Going through the librettos of the sample one can observe the indication for a repeat in some of the pieces selected, written either in full or abbreviated with "etc.," which often corresponds to a musical arrangement with da capo, confirmed by the surviving score. Furthermore, all regular two-strophe passages in which the total isometry increases together with the indication for the repeat were also studied. If a certain phenomenon (the two regular strophes with explicit repetition) is already present in around 30% of the cases at a specific moment (the year 1680), the hypothesis must be made that it began earlier. Indeed, isometry with indication of a repeat increases from a mere 10% in an exemplificative random sample for 1670, increasing to 33% in 1680, before reaching 63% in 1690, while anisometry was gradually disappearing. The single-strophe and polystrophe aria have a safe niche of survival. This can be seen in an opera from 1725, studied here purely as a demonstration of the trends of the decades following the one in question: in that year in Venice Metastasio's Didone was rearranged considerably without, however, changing the passages with such a construction. The diagrams show a relatively regular trend that differs considerably to the more sensational one based on the vicissitudes of a single text, for example L'incoronazione di Dario, which was rearranged more than once from 1684 to 1717. 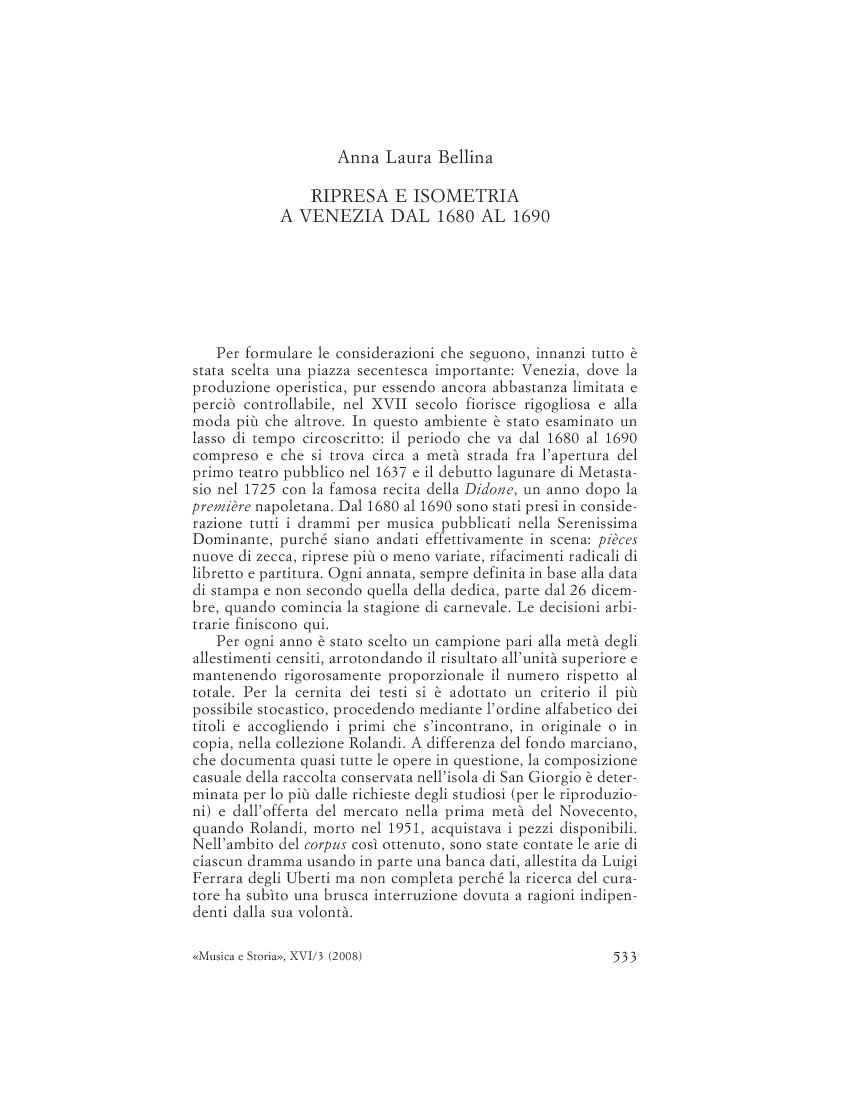