This essay describes the main characteristics of the "Lessico musicale italiano" (or LESMU, the Italian music dictionary), a project of an electronic lexicon of the language of musicians and music critics that was born in 1990 on the initiative of Fabrizio Della Seta, Renato Di Benedetto, Giovanni Morelli, Fiamma Nicolodi and Paolo Trovato. It has already been submitted to MURST as a prototype and its publication on CDROM is imminent. In the light of the acquisitions allowed by the LESMU data bank, the authors invite the user to always contrast the Italian data with those - currently less readily available - of the musical literature in other Western languages. A remarkable example is offered by the semantic history of "barbaro" (barbarian) and gotico (Gothic), that were substantially synonimous from the sixteenth to the late eighteenth century with the pejorative meaning of 'anticlassical, confused, clumsy, against the rules, of bad taste' etc. The renewed European semantics of gotico dates back to Goethe's amazement in "Von deutscher Baukunst" (1772) at the sight of the Strasbourg cathedral, paradigmatic in terms of the organic essence, completeness and religiosity typical of the "altdeutsch" art. 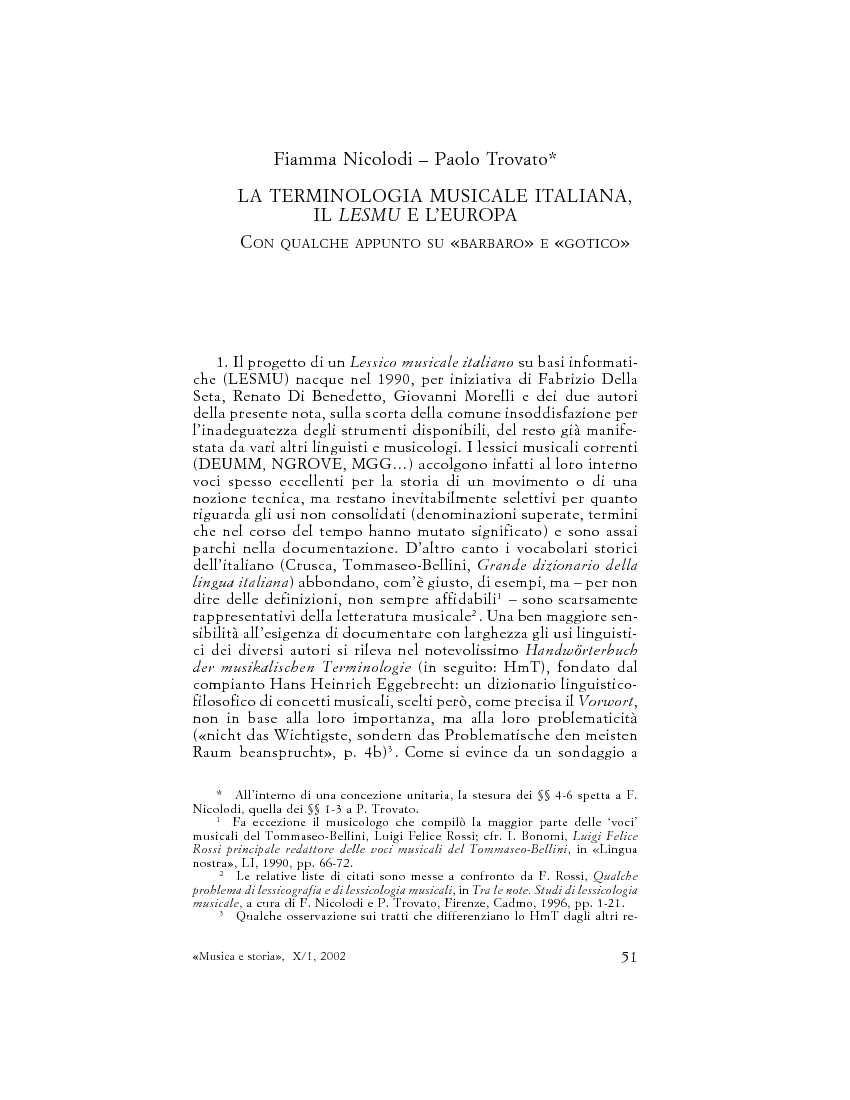