The lexicon of Italian musicology and music critique uses a high number of metaphors and synaesthetic devices. This stylistic characteristic is due both to historical reasons (the intermediate role of music between "ars" and "scientia" and the frequent comparisons with other arts and sciences) and semiological ones (when speaking or writing about sounds one cannot but resort to the use of metaphors in the attempt to describe with words the techniques and effects of a completely different system of signs, that of notes, tones and tempos). Through the analysis of approximately 10,000 card-indexes, from 1500 to 1950, from the electronic archive of the "Lessico musicale italiano", I analyse different types of metaphors (music as language and discourse, as light and colour, as a building etc.) and suggest a historical-ideological path: from the use of metaphors in the essentially linguistic-rhetorical-literary context - metaphors that render well the hegemony of the voice over instruments, a characteristic of music at least until the mid-seventeenth century ("conversazione", "dire", "frase", "grammatica", "parlare", "pensiero", "proferire", "recitare") - to the use of metaphors in the pictorial and synaesthetic context ("chiaroscuro", "coloratura", "colore", "impasto", "nuance", "pasta", "pastoso", "pittura", "tavolozza", "tinta") better rendering the change in musical taste and the ever increasing importance of instrumentation at the expense of vocality. The survey is concluded by a brief scrutiny of the other main metaphorical contexts (from gastronomy to botany, from zoology to sailing) and a series of ideas on the twentieth century critique. 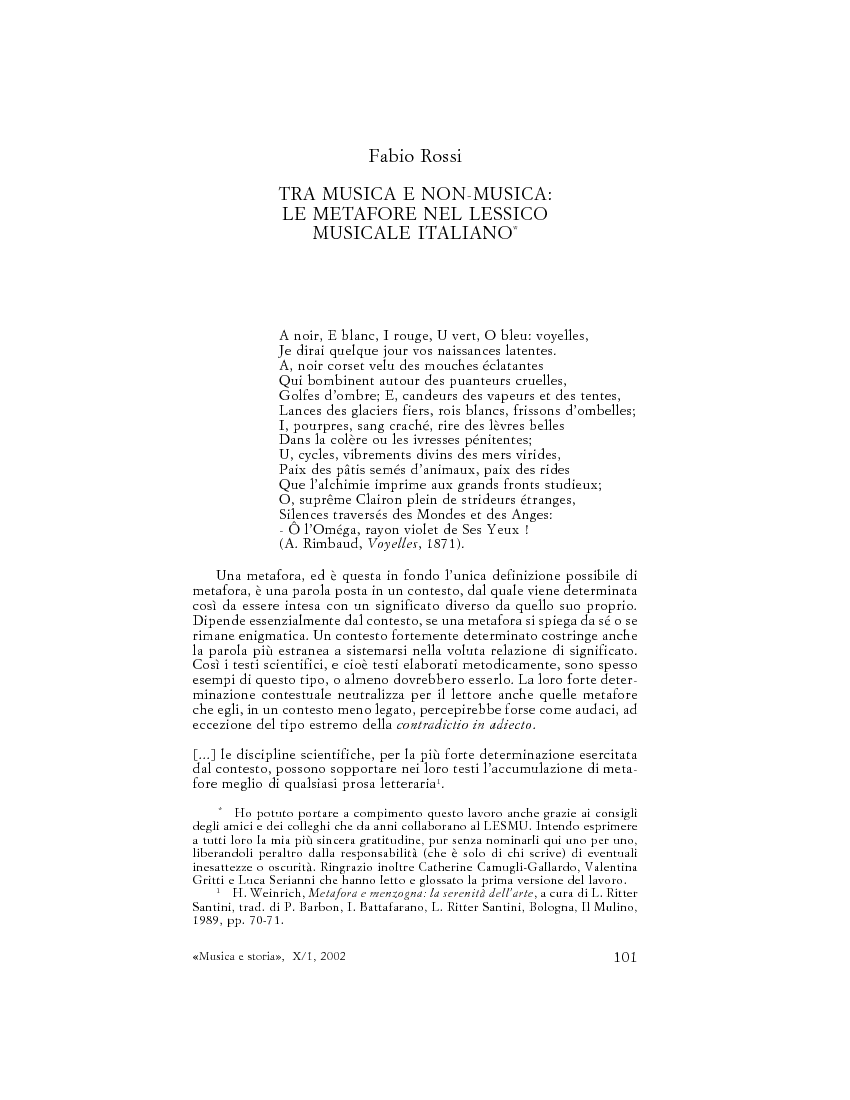