In the last decades, musicological research has revealed noticeable evidence of 'simple polyphony'. This definition, which substitutes previous ones such as 'primitive polyphony', 'retrospective polyphony', etc, is applied to a polyvocal musical repertoire that for centuries - from the late Middle Ages to the threshold of our times - supplied liturgical cantors with pieces of limited performative ability. However, a complete re-reading of the phenomenon reveals a complex reality in which different components can be discerned: the impromptu, improvised polyvocal ornamentation of "canto fermo", the composition of simple polyphonic pieces, the facilitated transcription of 'cultivated' pieces, the survival of archaic modules, the connections with the liturgical repertoire of the oral popular tradition, etc. In particular, some data lead us to formulate the hypothesis that the simple polyphonies transmitted by codes and prints of the period between the 14th and the16th century were not occasional transcriptions of the multivocal intonation of the Gregorian carried out as a habit; by contrast, in the majority of cases they were compositions that formed part of a repertoire deliberately conceived of in simple forms. The polyvocality carried out on the "canto piano", in particularon the chants of the Proprio (while the pieces in polyphony regard almost exclusively the Ordinario), was probably never fixed in writing, except in the case of rare and occasional sources and a few "competentes" (according to Beldemandis's e Tinctoris's accounts) preserved this procedure. The written simple repertoire, instead, preserving its external traits but adapting to the changing musical sensibility, was to proceed uninterruptedly, giving rise to the immense production that we received from sources from the 17th century onwards. 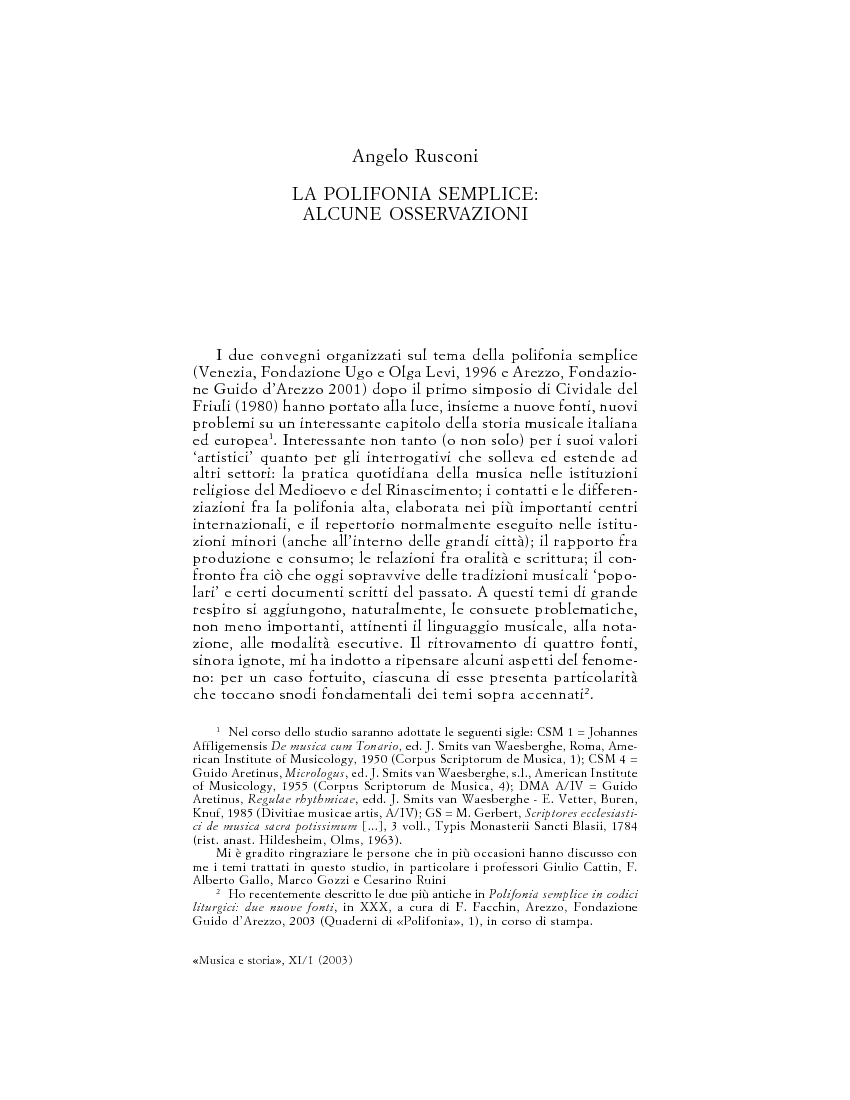