"Le Prophète" by Giacomo Meyerbeer was staged at Parma's Teatro Regio on the evening of 28 December, 1853. After Florence and Turin, Parma was the third Italian city to venture on the staging of such a complex play, and the documents kept in the theatre's archives reveal how this event was a particular moment in the history of the Regio. Indeed, it was Duke Charle III of Bourbon himself who insisted that this work should be staged, although not for 'aesthetic' reasons - he did not even attend the performance - but for a question of 'prestige'. The theatre's management in charge of the season had to face a number of difficulties that typified the differences between the production system of Italian theatres and that of the Opéra of Paris. These involved the singers, staging and orchestra. The latter was noticeably enlarged, an organ was built especially for it, and furthermore masters De Giovanni - the conductor of instrumental music - and Rossi - the conductor of vocal music - were sent to Turin to attend the performance of "The Prophet" in that city. Further problems were brought about by Luigia Bendazzi, the singer chosen to play Berthe, who did not see this part as worthy of a famous performer such as herself. Meyerbeer himself was forced to intervene and declare that this was indeed a 'fundamental' part; he also instructed the main tenor, Ottavio Benedetti, who also took it upon himself to stage the opera. 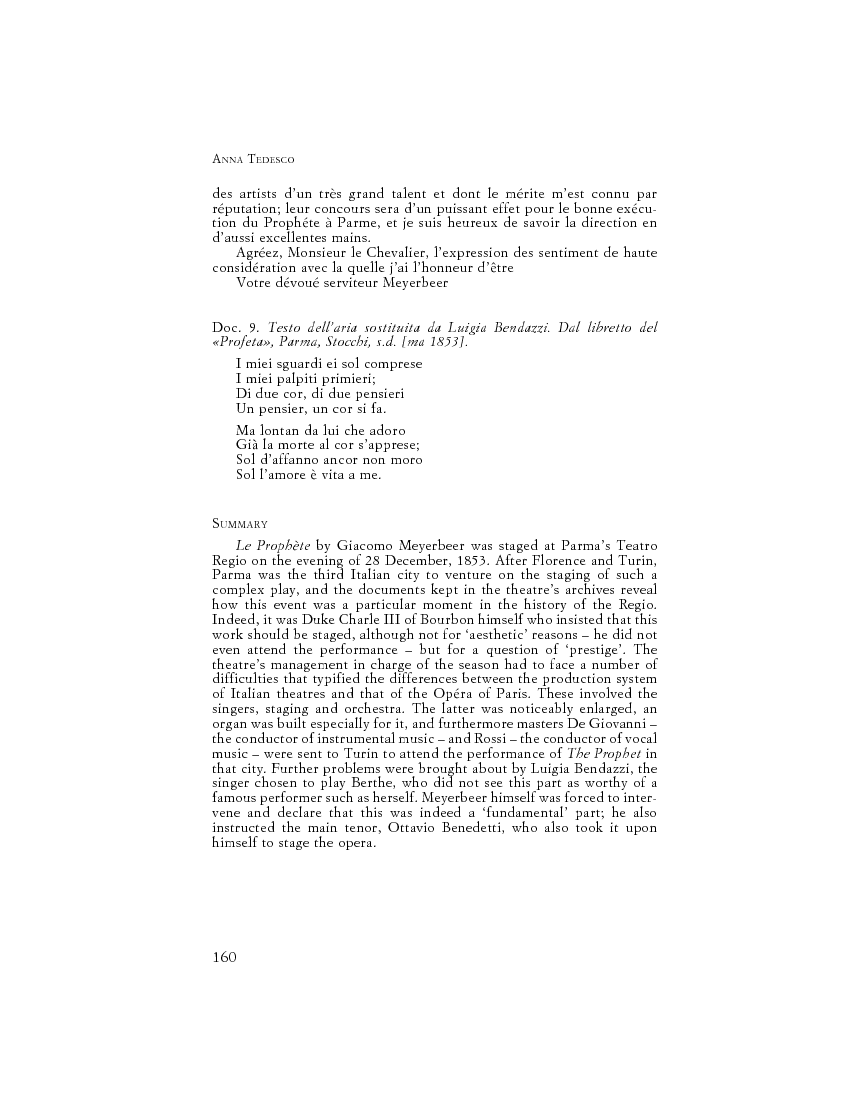