Social robots are still mostly prototypes that only distantly recall human interactive dynamics. Engineers, psychologists, philosophers, sociologists, and investors are working to create, in record time, the being that can assist us, encourage us, teach us, and support precision and heavy labor tasks, becoming – based on its purpose of use – he possibly perfect interactive partner. However, to do so will require going far beyond the already advanced robotic implementations that make nonverbal communication the pivot upon which human-robot interaction is based. Being physically anthropomorphic and moving according to human kinematics capable of activating mechanisms for recognizing behavior and emotions is not enough. It is necessary to integrate these robotic agents with neural networks capable of simulating human-like mental processes that allow them an understanding of our own mental states. Something very similar to a Theory of Mind. Given the complexity of these models, current robots are not yet able to sustain other than a brief, focused interaction. But let us imagine a future where these agents can learn human-like behavior from experience, understand our mental states and respond to them appropriately. We would be within an interaction so perfect as to be artificial, and where there would be a fear that the other-than-me would dominate and take control. The only possibility for the acceptance of these new entities would therefore be to endow them with an all-too-human imperfection that does not undermine epistemic trust in them. 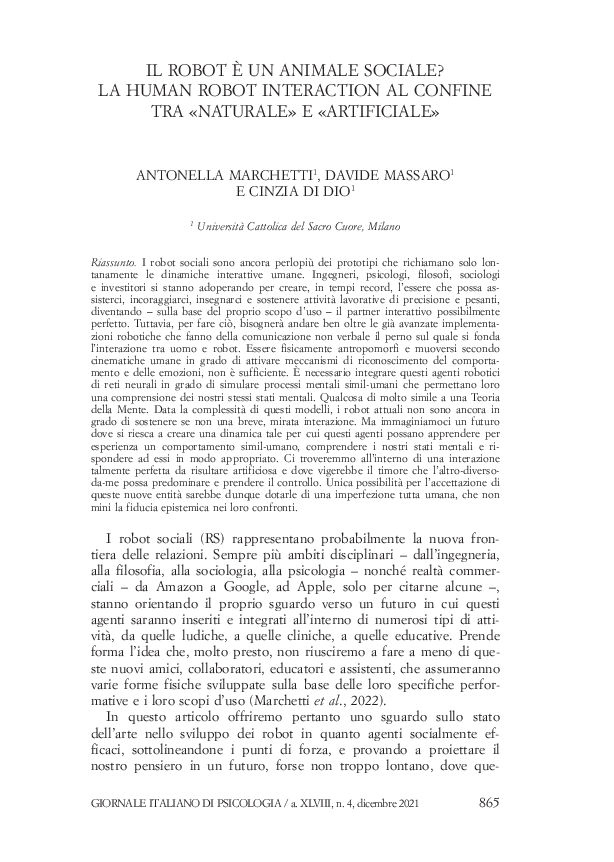