The aim of the present study is to ascertain if it is possible to foster three-year-olds' recognition of false beliefs taking in account the role played by others in facilitating this comprehension. The experiment 1 aims to evaluate if the child is able to understand what an other child believes regarding what she says. Using a pre/post-test procedure with a control group, 65 subjects (mean age 3.7, M = 34, F = 31) were administered the "unexpected content task" inside an experimental situation in which a child expressed her false belief. The experiment 2 (43 subjects, mean age 3.7, M = 21, F = 22), always by a pre/post-test procedure, aims to study the effect of the same information about false belief presented without involving an other child. In experiment 1 an improvement of the ability to attribute false belief was observed, while in experiment 2 this result was not obtained. Data from both experiments suggest that is possible to aid three-year-olds in the understanding of mental states allowing the comparison of the child's belief with the other child's false belief. 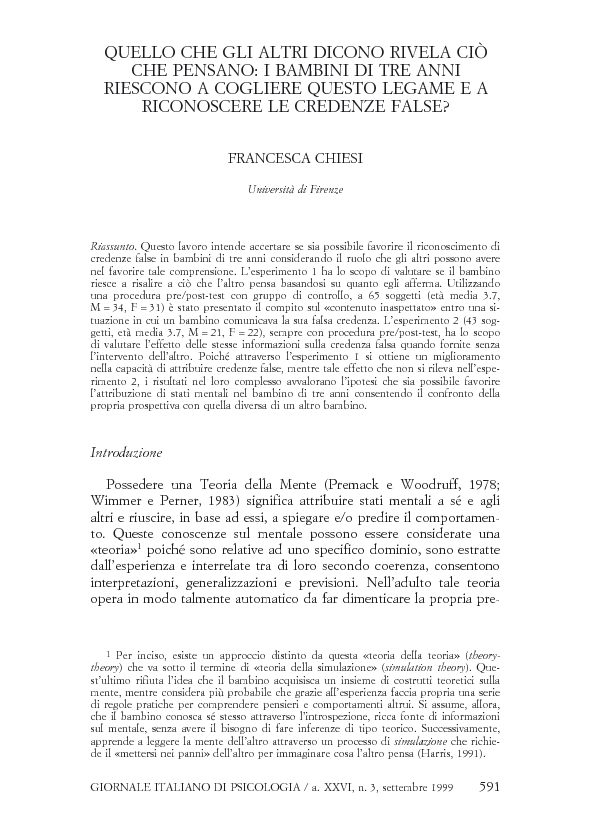