The present study examines the roles of individual stimulation (in the form of "optimal stimulation level" and "arousability"), personality traits, and dominant motivational states when consumers pursue hedonic or utilitarian values in their shopping experiences. Results show, first, that "optimal stimulation level" and "arousability" are positively correlated with the hedonic dimension of shopping, as well as with the "Agreeableness", the "Openness to experience", and the "Extroversion" personality traits (according to the Big Five Factor model, cf. Digman, 1990). Second, they indicate that consumers dominated by a "paratelic" motivational state, according to the Reversal Theory (Apter, 1989), are characterized by a higher optimal stimulation level than individuals dominated by a "telic" state. These motivational states, in turns, are correlated, respectively, with hedonic and utilitarian shopping values. Theoretical and marketing implications are discussed. 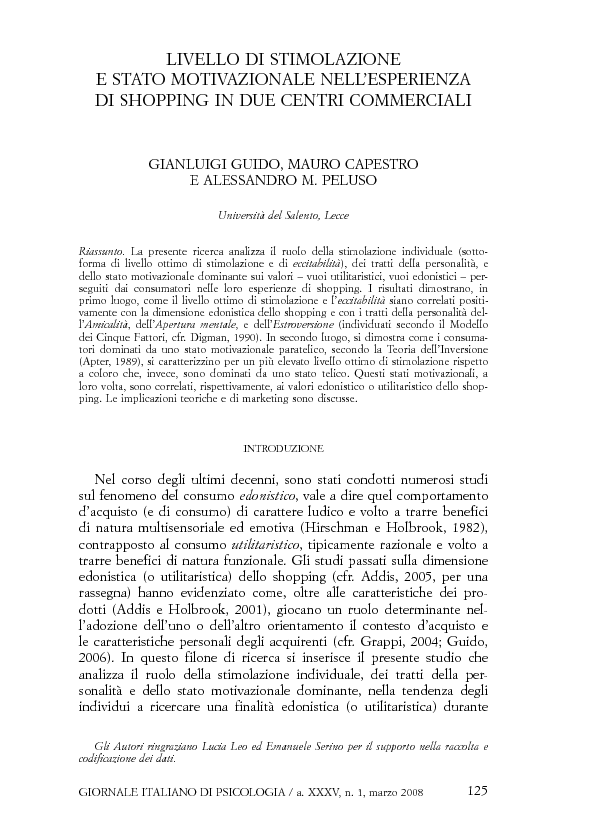