This paper reviews studies about the cognitive, affective and behavioural correlates of the adolescent brain maturation processes. This maturation, due to myelination and synaptic pruning, is particularly marked in the prefrontal cortex, an area involved in decision making, as shown by recent neuroeconomics findings. If executive functions and in particularly decision making are based on functioning of prefrontal cortex, that matures during adolescence, it's possible to think that adolescents' decision making abilities are not mature, explaining their risk taking behaviours. This hypothesis is discussed, also in relation to high incidence of psychopathological disorders during adolescence. 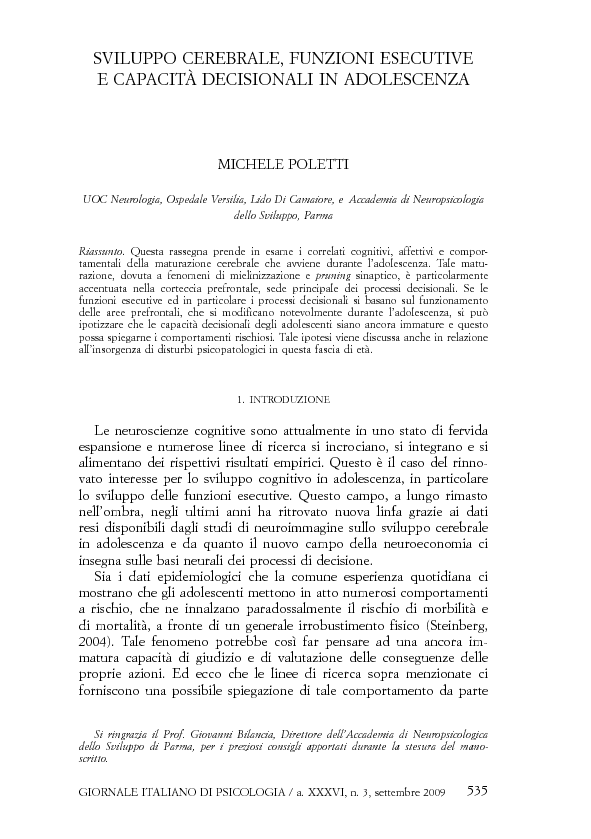