Embodied Cognition represents the most important news in cognitive psychology in the last twenty years. The basis of its research program is the idea that cognitive processes depend, mirror, and are influenced by bodily control systems. A whole class of novel perspectives has entered into the psychologists' agenda only after the emergence and success of the EC. In the paper we will deal with some of the main topics debated within the EC, from the discussion on the role of representation, to the relationship with enactivism, with functionalism and with the extended mind view. Against an interpretation according to which EC is simply an evolution of the classical cognitivist program, we will focus on the aspects that highlight crucial discontinuities with it, suggesting instead that the EC perspective is indebted with previous theoretical traditions such as American pragmatism, ecological psychology and phenomenology. In the present paper we will discuss some of the most important achievements of EC in different areas of experimental research, from the study of affordances to that of the bodily experience, from the investigation on emotions to that on language. Our aim is to force the Italian public, particularly recalcitrant to EC, to critically reflect on the debts to previous traditions. 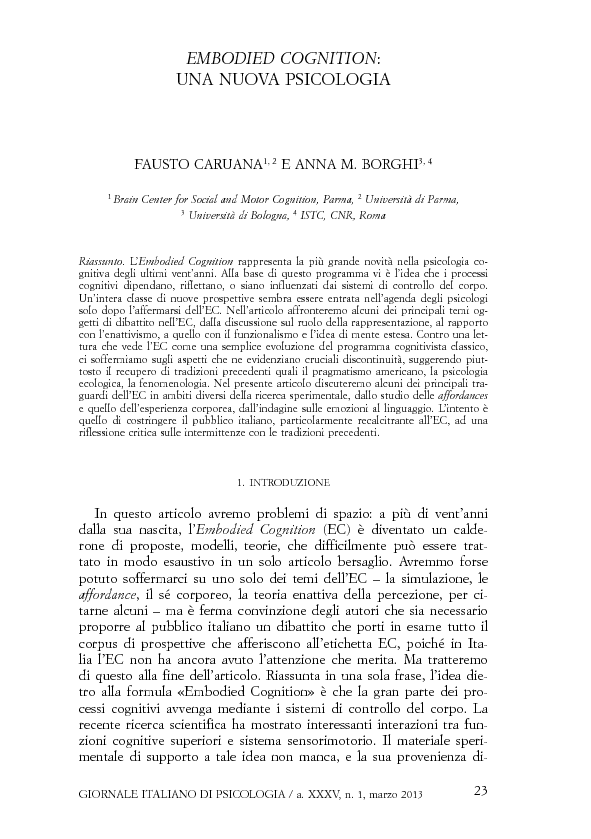