In recent years, the inferential approach most widely used in psychological research, i.e. Null Hypothesis Significance Testing (NHST), has been subject to profound criticism accompanied by a renewed interest in alternative approaches. Among these, the Bayesian inference approach is one of the most relevant. Despite several studies have shown differences between the two approaches, little attention has been devoted to their commonalities. The current study aims to analyze the relation between the two approaches from both a mathematical and an applied perspective. As an illustrative example, we considered the independent samples t-test. In particular, the pvalue associated to NHST and the Bayes Factor (BF) derived from Bayesian approach were compared on different levels of sample size and effect size via Monte Carlo study. Results indicate that, even if the relation between p-value and BF is substantially deterministic, the interpretation of the two indices can lead to different decisions. Discrepancies occur especially in cases of small and large sample size as well as low effect size. 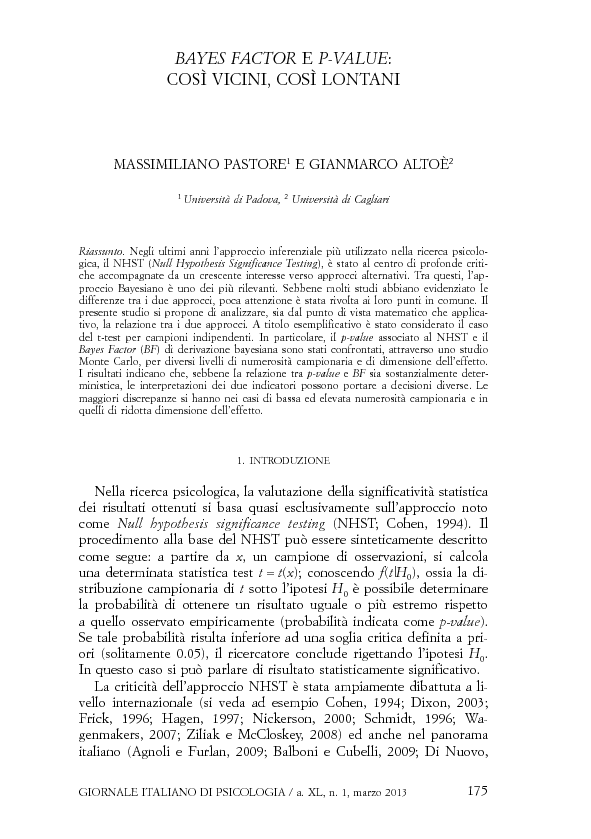