The first International Congress of Sport Psychology took place on April the 20th, 1965, in the Auditorium of the Italian Olympic Committee in Rome. The Congress, defining the beginning of Modern Era of this scientific field, was organized by a small group of pioneers, led by the Italian psychiatrist Ferruccio Antonelli. Exactly fifty years after, this historical occasion has been celebrated in the very same place of the Italian Olympic Committee Centre, in Rome, during the «International Society of Sport Psycology» 50th Anniversary' Seminar. This recurrence represents the occasion to reflect on the past, and on the way in which the political and social facts have influenced the development of this scientific field and on the future, namely on the opportunities that it may reserve for sport psychologists. 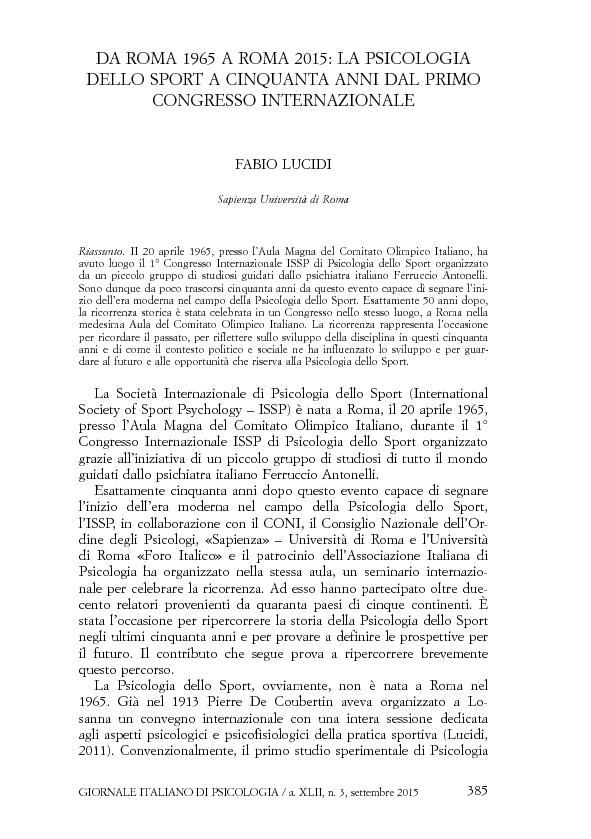