Some studies on Social Cognition demonstrated that high level cognitive processes, such as empathy for pain, are influenced by racial bias. In this study we investigated whether this bias modulates the (lower) mechanism of attribution of intention too. We used a Simon-like paradigm, consisting of judging the colour of a circle at the centre of photographs of Caucasian and Black hands, from palm or back view, slightly rotated along their axes, implying a motor attitude/movement. Results were compatible with the hypothesis that palm views are interpreted as threatening by the observer. Moreover, women and men showed different reactions to black palm views (threatening stimuli): while the former showed a speeding up of reaction times, witnessing a defensive inherent response, men showed a slowing down of reaction times, suggesting a deeper analysis of stimuli (counterattack response). 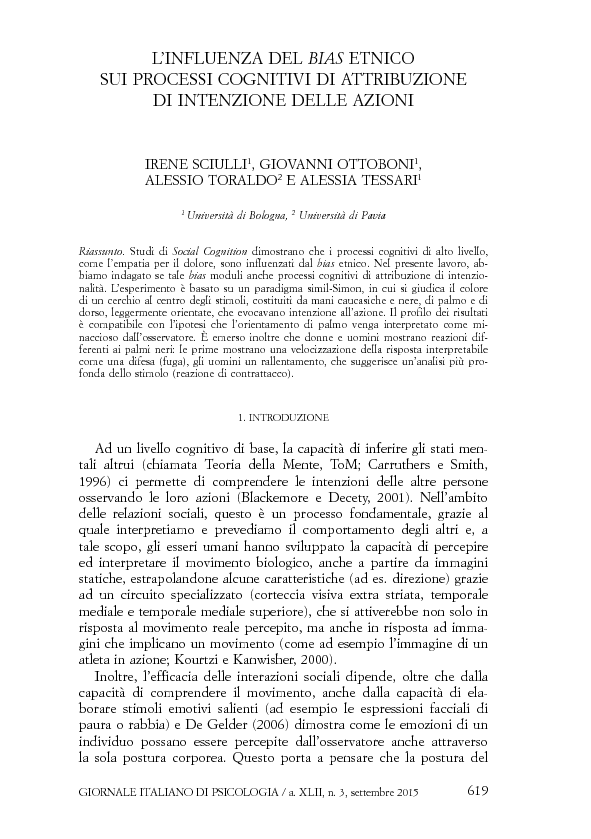