The aim of this article is to provide a general and introductory description of the representations at play in the Predictive Coding Theory of Cognition, that is, structural representations, which are here described from both a functional and a content point of view. While attempting to deliver this general picture, a few elements are emphasized, such as the fact that the latter can be framed in the context of a more general shift from a “symbolicµ to an “iconicµ view of mental representations, as well as of a transition from the conception according to which cognition’s main objective is that of mirroring the world to that according to which action becomes its fundamental prerogative. Given the strong pragmatic component of these representations, further research should be conducted in order to understand what is at stake for representationalism. 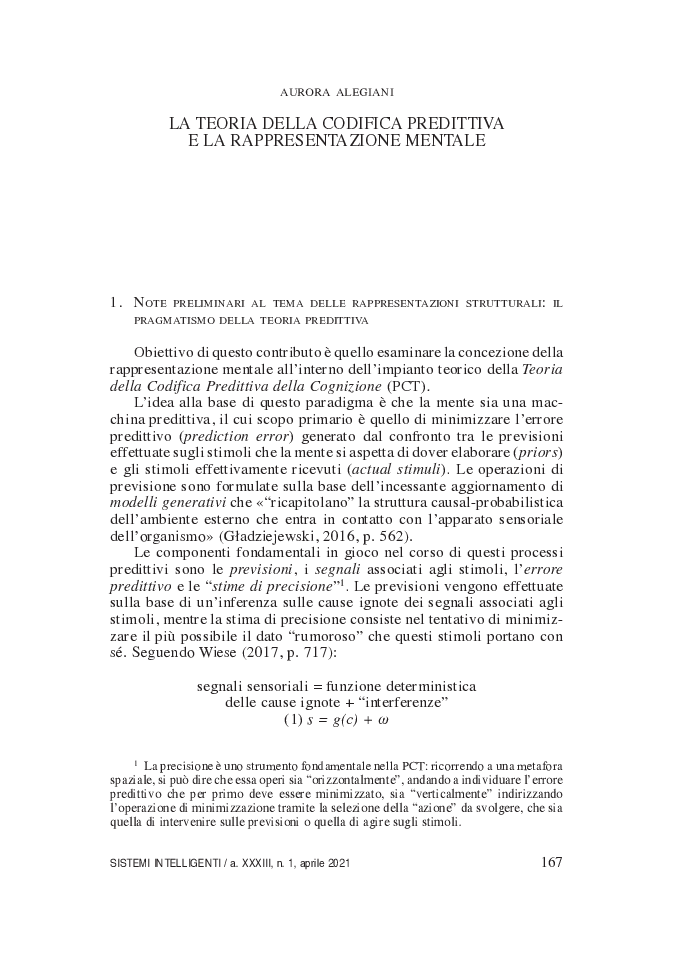