According to many of its supporters, the emerging “4Eµ approach to cognition marks a radical discontinuity with the cognitivist tradition. I investigate this claim by focusing on the debate on the nature of mindreading capacities in developmental psychology. The debate has recently witnessed the clash of two radically different proposals, i.e., nativist and modularist versus socio-cultural constructivist accounts. I show that, while the former likely embodies the principles of classical cognitive science, the latter seems much more coherent with the 4E cognition framework. Nevertheless, I argue, socio-cultural constructivist accounts of mindreading do not necessarily reject classical cognitivism. As far as the debate on mindreading is a faithful instance of the more general clash between 4E and classical approaches, the conclusion suggests that 4E cognition does not oppose – at least in principle – traditional cognitive science; rather 4E cognition privileges alternative heuristics in the search for mechanisms explaining cognitive phenomena. 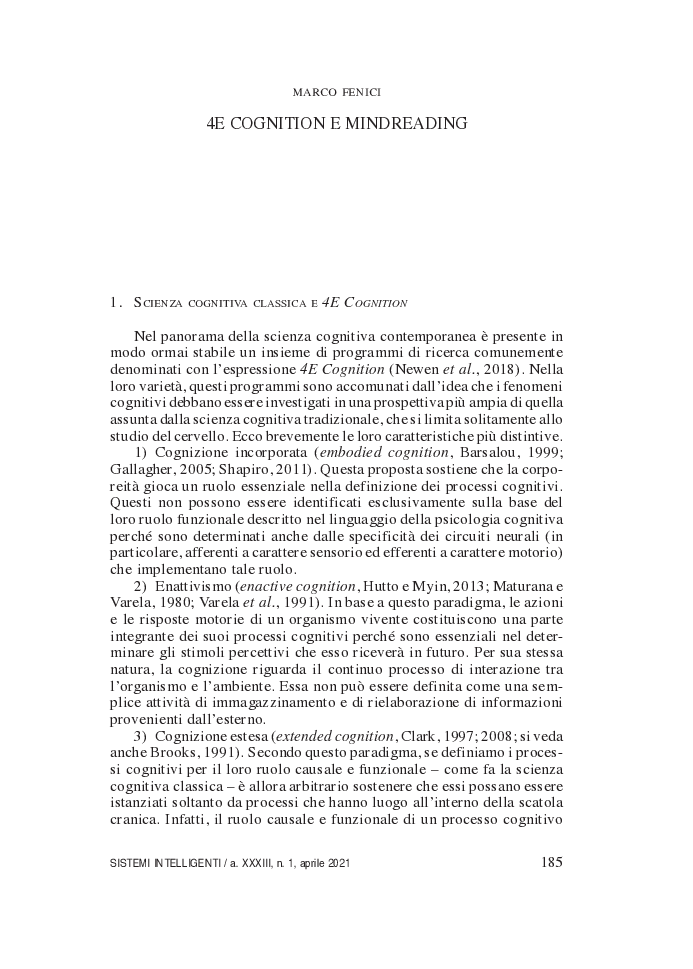