The financial crisis which began in summer 2007 in the USA and then spread contagiously throughout the rest of the world, is systemic in nature. Indeed, it is not a local or regional crisis. It is the inevitable starting-point of a process which for more than thirty years has changed at its very roots finance's way of being and doing, thus undermining the very bases of that liberal social order which is at the core of western civilization. The nature of the causes of the crisis is two-fold: those immediate, which speak of the specific characteristics adopted in recent times by the financial markets, and those remote, which blame aspects of the cultural matrix which accompanied the transition from industrial to financial capitalism. From the moment that that epoch-making phenomenon which we call globalization began to take shape, finance not only constantly increased its quota of activity in the economic sphere, but it has progressively contributed to transform both people's cognitive maps and their value systems. It is to this latter that one refers today in speaking of the "fìnancialization" of society. The paper mainly deals with the remote causes of the crisis with the aim of showing that misleading ideology - disguised as apparently scientific - that specific school of economic thought, known as "mainstream" economics, from which have drunk market agents, government political authorities, and controlling agencies. 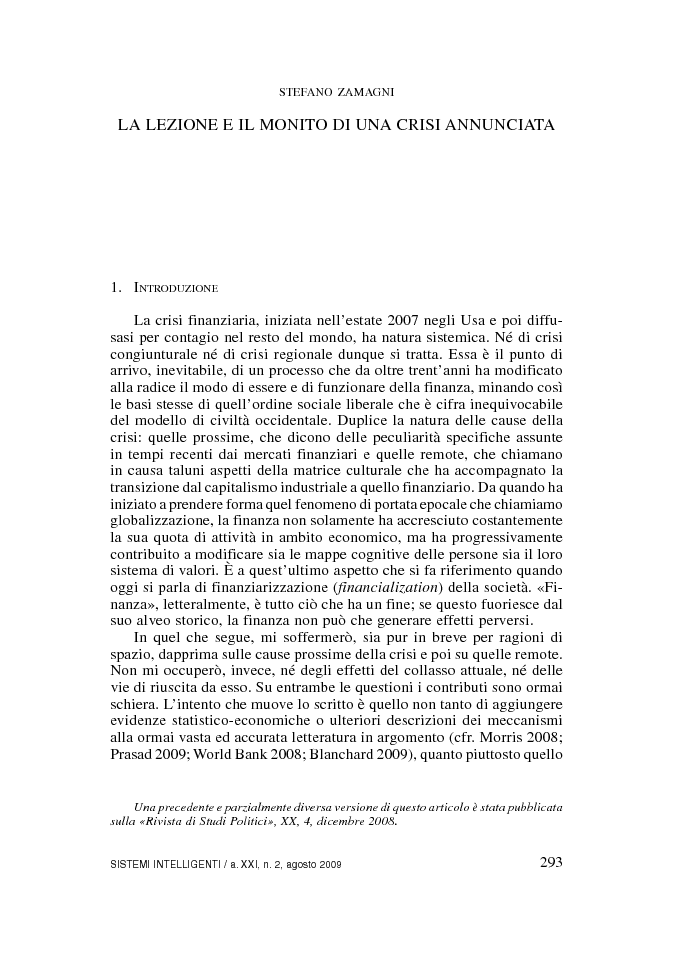