The relation between philosophy and cognitive science can be assessed in different ways, depending on one's own metaphilosophical stance and on the relevance attributed to experiments for the philosophical work. Thus, for instance, philosophy can provide a priori conceptual analyses that are supposed to impose requirements on scientific theorizing; or, on the contrary, philosophical arguments and intuitions are regarded to be open to empirical scrutiny. Last but not least, the goal of the philosopher could consist in offering rational reconstructions of scientific research. In this paper I show, through the discussion of two case studies (Fodor and Bermúdez), how philosophy can play a fruitful role in cognitive sciences, contributing both to the clarification of the debate and to the suggestion of research directions. 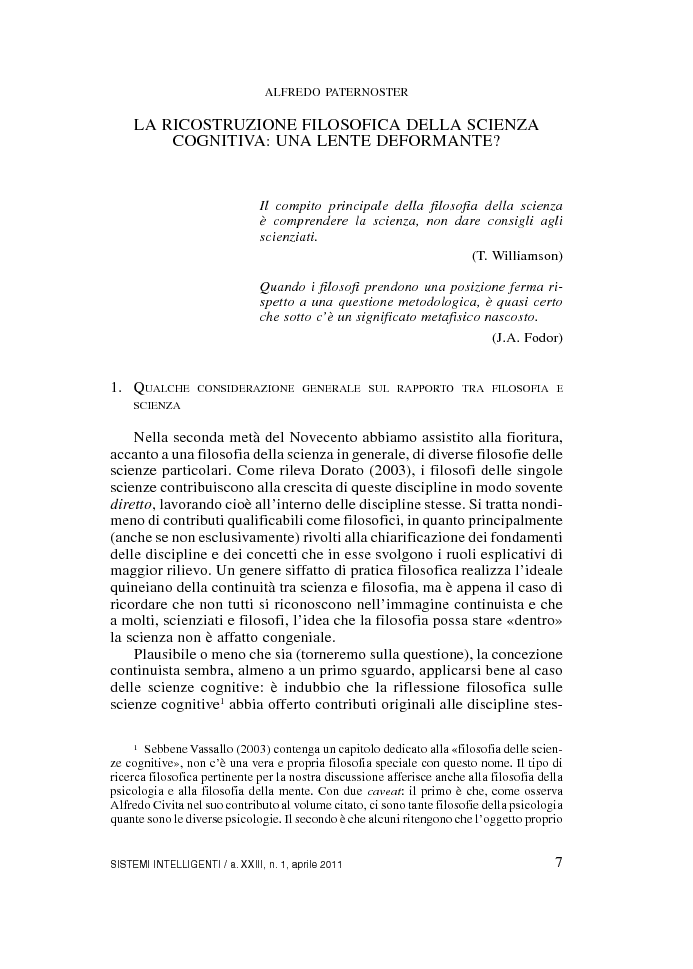