Within cognitive science, the «concept of concept» results to be highly disputed and problematic. In our opinion, this is due to the fact that the notion itself of concept is in some sense heterogeneous, and encompasses different cognitive phenomena. This results in a strain between conflicting requirements, such as, for example, compositionality on the one side and the need of representing prototypical information on the other. This has several consequences for the practice of Artificial Intelligence and for computational modelling of cognitive processes. We shall briefly review some paradigmatic examples of this state of affairs: knowledge representation systems of classic Artificial Intelligence, connectionist systems, and various forms of «hybrid» symbolic-connectionist models. We conclude that the problems posed by the representation of concepts are in part still unsolved. Probably, concepts are not a homogeneous phenomenon from the cognitive viewpoint. Thus, different approaches and research practices seem presently to be able to deal with different aspects of this issue. 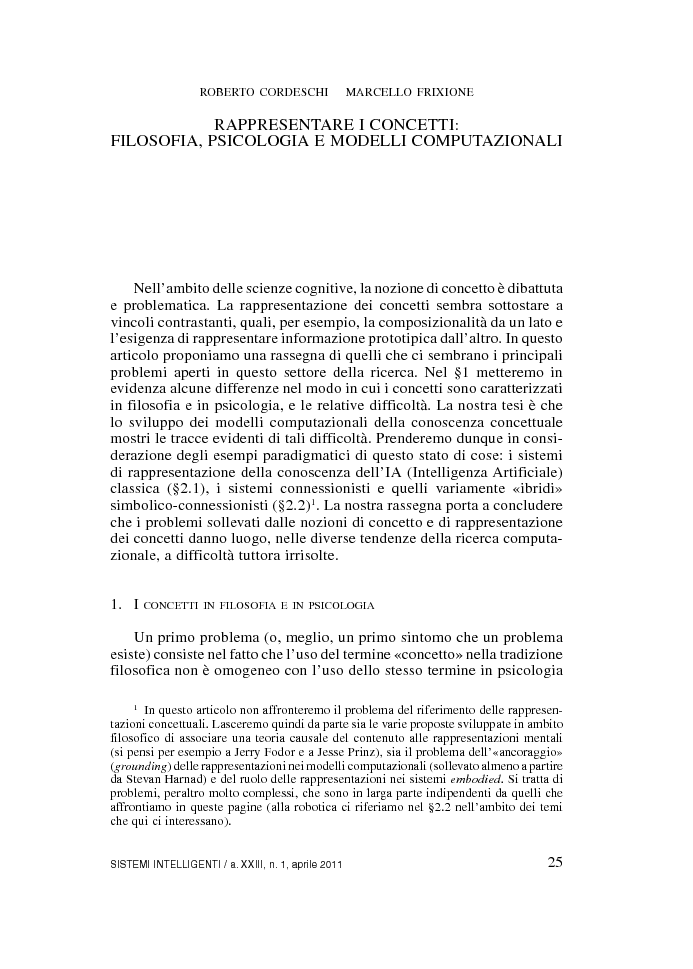