DSM-5 dimensional reformulation, expected for 2013, will hardly be a real paradigm shift. As a matter of fact dimensional assessment will maintain the limits of the previous DSMs, which are imputable to the lack of an etiopathogenetic substrate. Among alternatives coming from neuroscience, a micro-reductionist proposal, inspired by neurogenetics for being at a fundamental level of genes and neurotransmitters and along the lines of Molecular Biological Psychiatry, was the one advanced in preliminary discussions on the draft version. In this article I will defend another approach for the future of psychiatric nosography and diagnosis, the Mechanistic perspective, according to which psychiatry must be reformulated as a Clinical Cognitive Neuroscience. I will show the benefits of the idea of a Cognitive Neuropsychiatry, compared to descriptive dimensional models or neurogenetic ones, as suggesting a better conception of psychiatric explanation and classification in terms of multiple epistemic levels and systemic causality. 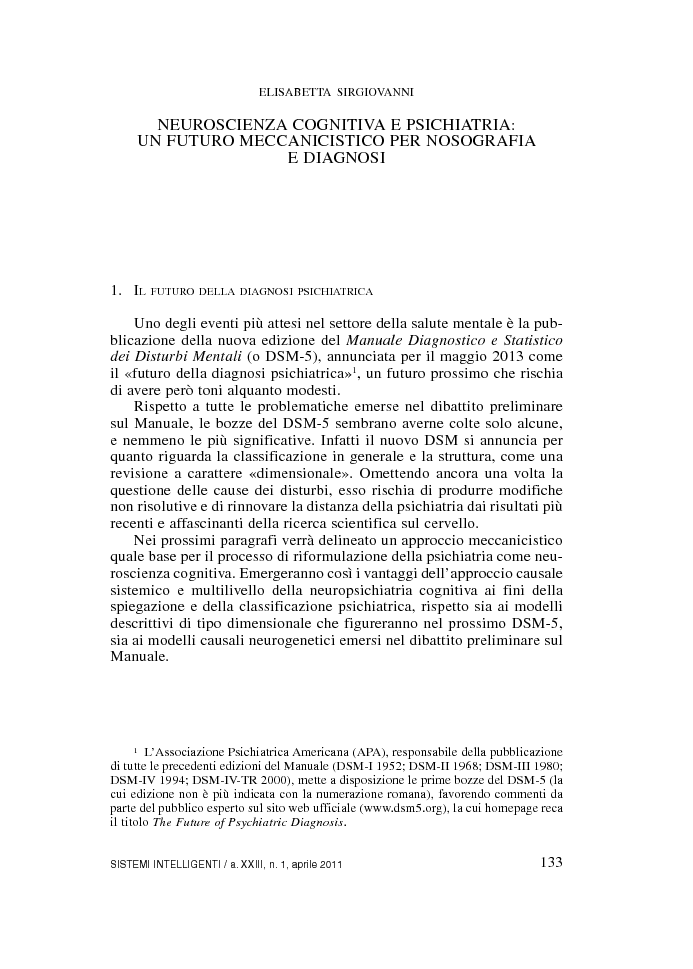