Empirical research shows that untrained congenitally blind subjects are remarkably good at tactilely recognizing 3D objects/scenes in raised-outline drawings; namely, tactile pictures. To explain this ability, supporters of the tactile picture theory, for example Dom Lopes (1997), argue that the blind person’s knowledge of the shapes of common objects is like that of the sighted, and the pictorial competence of blind subjects uses the same principles as that of the sighted. Some other scholars, for example Rob Hopkins (2000; 2004), have been more sceptical on this issue, by saying that touch does not convey the same kind of information provided by vision. Unlike vision, for instance, touch has not a perspectival import (there is not a “point of touchµ). In this article, we shall argue that both the theoretical understanding of the issue and behavioural and neuroscience data about ordinary perception strongly support the tactile picture theory. Our hypothesis is that given how pictorial perception plausibly works, the blind and the sighted brain may process pictorial information similarly, that is, in a supramodal fashion. In other words, pictorial competence is not either visual or tactile, but supramodal. 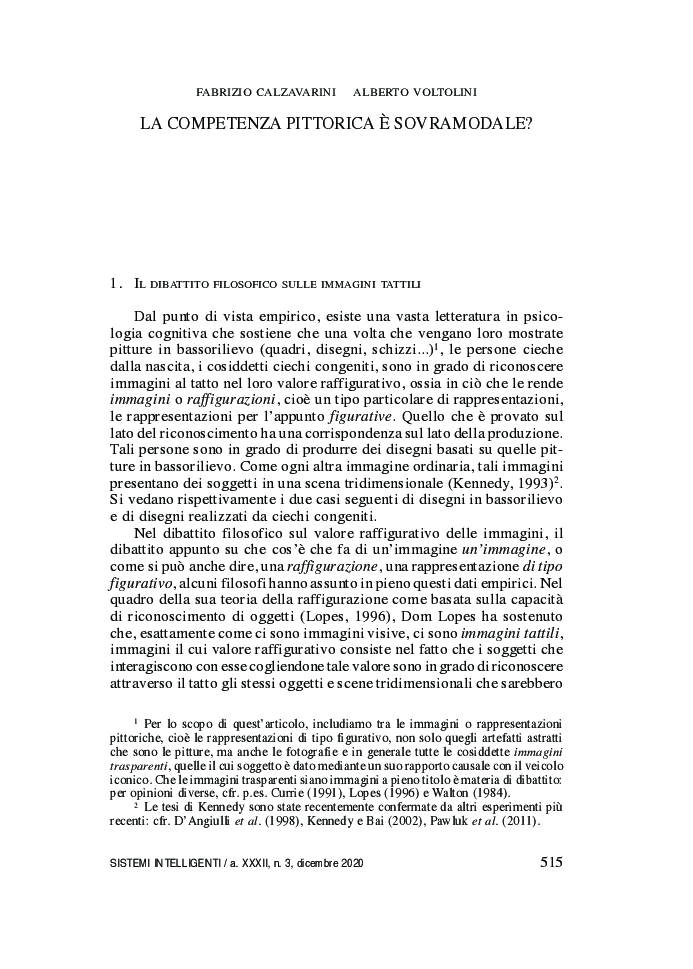