Most people tend to explore space starting from the left side, a bias that can also be found in cancellation and line bisection tasks. This spatial bias, known as pseudoneglect, is modulated by biological and cultural factors. Traditional paper-and-pencil tests are affected by ecological and sensitivity issues. Recently, we developed an enhanced version of the Baking Tray Task (BTT), based on E-TAN a digital platform that supports tangible interfaces. The E-BTT, enhanced version of the BTT, aims to investigate visuospatial behaviors in the proximal space in an ecological way through a more precise, informative and automatic data collection. Given the evidence from the scientific literature of a task effect on pseudoneglect, the aim of the present study is to explore the spatial behavior in peripersonal space in a sample of university students aged from 18 to 26, by means of different visuospatial tasks, using tangible tools, such as the E-BTT, and digital ones based on touch-sensitive devices, such as cancellation, line bisection and digitized radial arm maze tasks. Forms of pseudoneglect, except for the radial arm maze, were detected in all the examined tasks although there are no significant correlations between them. This could be related to inherent differences in tasks, non-linear relationships, or specific anatomical asymmetries. Clusters analysis results seem to support these last two hypotheses, because in two clusters out of four we found moderate to strong positive correlations between E-BTT, cancellation and line bisection tasks. 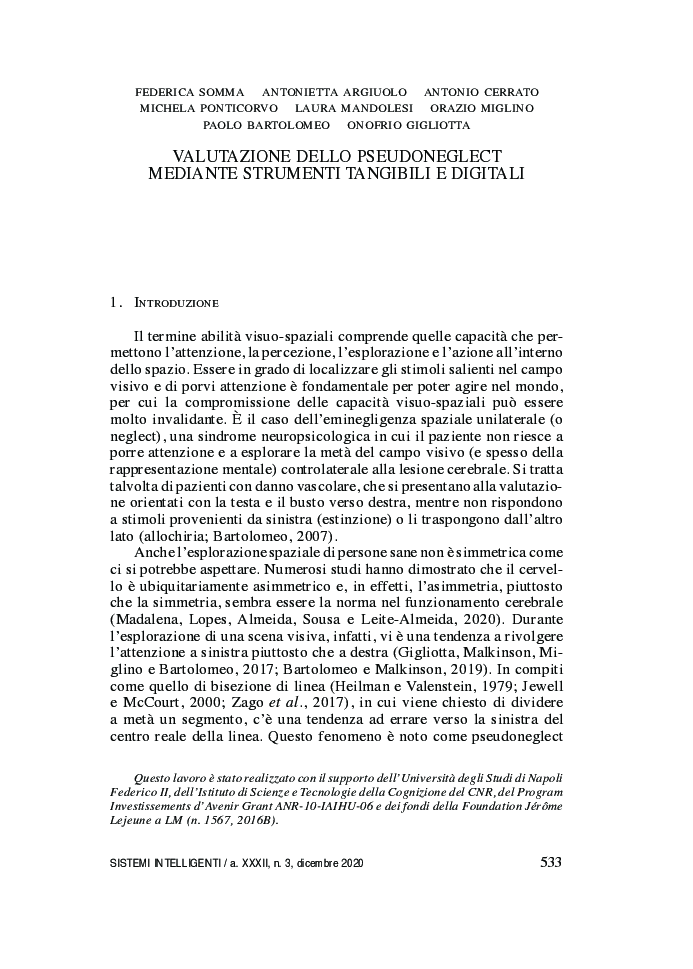