First, this article illustrates the role that Bourdieu attributes to wage labour in capitalist societies: permanent and qualified labour is a vector of social integration and a precondition for detachment from the contingencies and economic urgencies of the present; the importance of wage labour for individual equilibrium appears clearly when labour is absent. Second, the essay aims to critically analyse the emergence of Bourdieusian sociology of labour through research about how his framework was used within the journal «Actes de la recherche en sciences sociales» (ARSS) and international literature. By focusing on the special issues in ARSS devoted to wage labour, we highlight how the Bourdieusian literature of labour was built. Very flexible use of Bourdieu’s concepts goes hand in hand with the constant recourse to reflexivity within perspectives that transcend the sphere of the institutional sociology of labour. Finally, in France or the USA, scholars do not mobilise the Bourdieusian framework organically: sociologists of labour use especially the concepts of habitus and capital. Meanwhile, the concept of field is not frequently mobilised 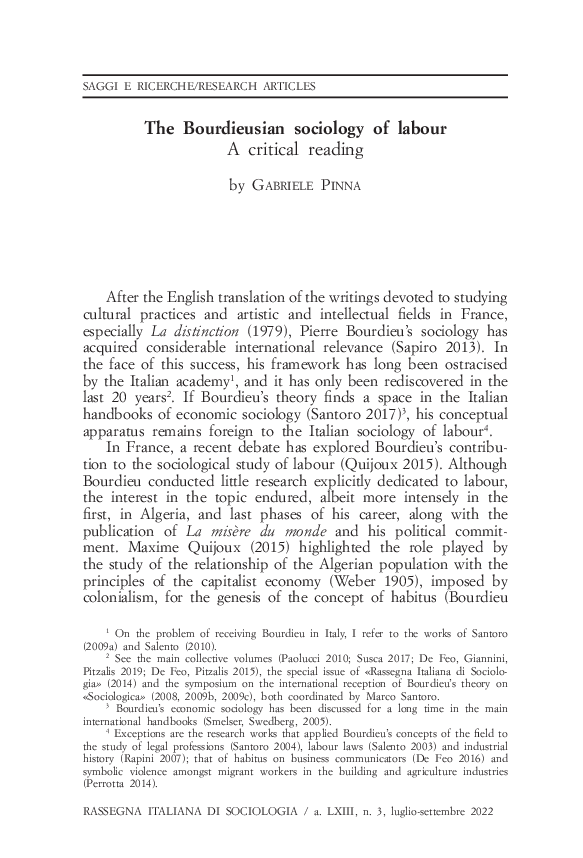