The essay stresses the need, in sociological theory, for a more precise definition of the concept of "coherence" that will serve to improve our understanding and explanation of the particular subset of individual choices that we call "crucial". In order to construct a methodological hypothesis based on the notion of coherence, for use in tandem with the classical hypothesis of bounded rationality, I identify the semantic relationships between coherence and rationality on one hand, and between coherence and identity on the other. Via reflection on J. Elster's work, the relation between coherence and rationality is identified with the absence of logical, practical and conceptual contradictions, to which a fourth kind of inconsistency, pertaining to dialogical contradictions, must be added. The relationship between coherence and identity, as L. Sciolla has argued, is located in the idea of continuity between past, present and future choices and in some sort of loyalty to the picture, constructed with the help of others, that the actor has of himself or herself. This second meaning of coherence has to do with constancy and in some cases might be interpreted as a moral value. From this exercise in conceptual clarification, supported by examples, emerges the convergence between coherence and bounded rationality as a possible decisional strategy under conditions of radical uncertainty. 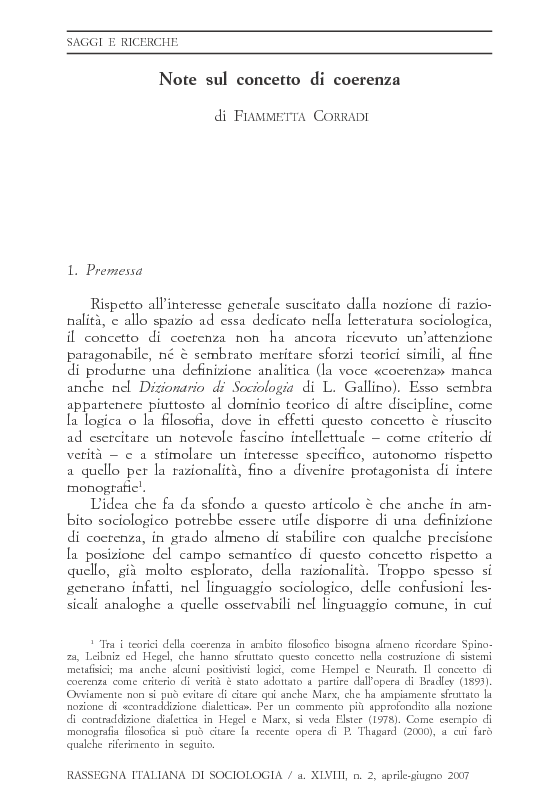