The application of probability sampling theory to social survey practice meets limits that are often ignored. According to the statistical theory of sampling, once the sample is selected, researchers are allowed to formulate only descriptive statements (such as "the parameter X is included in the estimated interval") and not probabilistic ones (such as "there is a probability of 95% that the parameter X is included in the estimated interval"). Statisticians consider representativeness a property of the sampling method, while researchers in other social sciences believe that it's a characteristic of the single selected sample. When the sampled population is composed of people which may refuse the interview, the probability that a subject participates, given the selection of his/her name, has to be included in the estimation of the parameter. Although rarely emphasized, the sampling without replacement - typically used in social survey practice does not permit the use of the "Central Limit Theorem", necessary to generalise sample results to the sampled population. 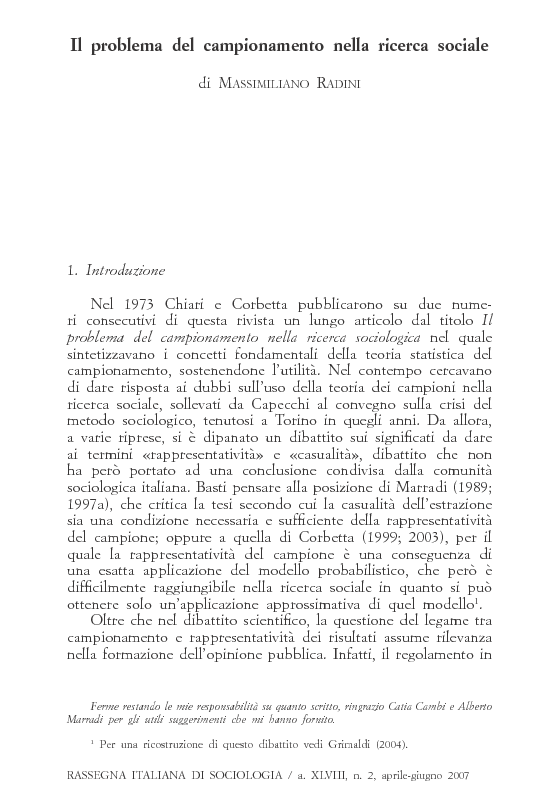