In November 2005, France was affected by urban riots in a large number of suburbs and towns. Based on fieldwork undertaken between April and September 2006, this article aims to analyse the disorders which unfolded in Aulnay-Sous-Bois (a town in the north of Paris). We examine the governmental responses, the management of the crisis at the local level, and the problems encountered by the police in quelling the conflict at the beginning of the unrest. We interviewed twenty young people (those actively involved as well as those not actively involved in the encounters with the police), and twenty adults. Through an analysis of these interviews, we demonstrate that, in spite of the statements made by certain commentators, the riots were "not" caused by racial conflict. We look at other causes including urban segregation and discrimination, the feeling of everyday harassment by the police, the lack of hope in finding employment, and finally, the rivalry and competitiveness between young men from different suburbs in scoring the "best performance" for the media. 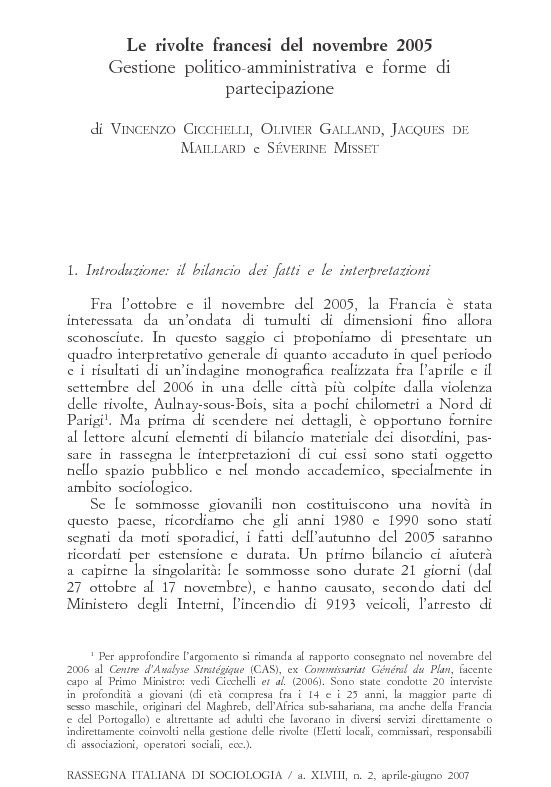