This chapter deals with the Naples business center (CDN), a large redevelopment project in the core of the metropolitan area of Naples over the last two decades. The analysis focuses on the actors involved in the planning, construction and commercialization phases of the project, which span the last thirty years, and relates them to changing economic and political contexts at the local, regional and national levels over the same period. The CDN is the exemplary product of a specific "growth machine". At the center of this growth machine was Mededil, a State-owned company with strong connections with political parties in power at the national and local levels. The local government generally acquiesced to the requests of Mededil and accommodated them in subsequent planning documents. The planning and implementation process of the CDN became "de facto" removed from public scrutiny and democratic control. In terms of its physical features the CDN remains a foreign body in the city fabric, contributing to its physical and social fragmentation. Its economic impact has been a disappointment and is totally incommensurate with the size of the investment. Socially, and from the perspective of neighbouring quarters, it has failed to improve their quality of life; nor has it lived up to the expectations of decreasing the congestion of the city center. We conclude that the collective benefits of this large public investment are minimal; its achievement has been to set in motion a mechanism of distributing individual benefits to economic, political and administrative elites. 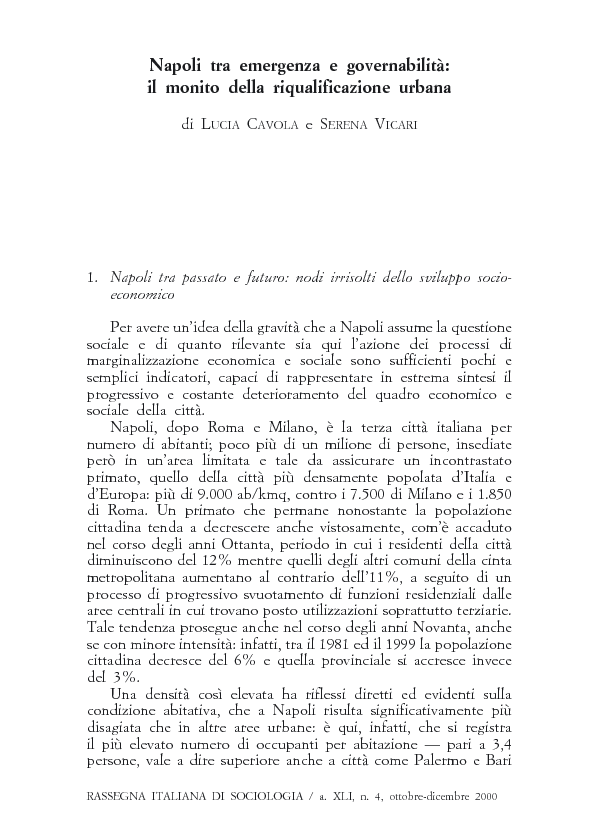