Which are the chances, limits and risks of restoring systemic trust after the 2008 financial crisis by public speeches? When are the attempts to rebuild trust likelier to produce new, unwarranted excesses of trust? The essay tries to answer these questions focusing mainly on the Italian case and using a discourse analysis technique based on S. Toulmin's framework for the analysis of argumentation. In the first part, the process of restoring systemic trust is analyzed in theoretical terms and some logics aimed at avoiding liability on behalf of the «trust restorer» are identified, citing examples from some Eu¬ropean Prime Ministers' speeches. In the second part, the analysis focuses on the Italian case and four speeches publicly pronounced by Berlusconi, Draghi, Napolitano and Tremonti in 2008/2009 are considered in order to verify quantity and quality of the warrants offered to the citizens and other elements contributing to enhance the overall quality of public argumentation aimed at restoring trust. The conclusions suggest some research paths to deepen the empirical results and remark the importance of considering the rationality of argumentation when the issue of trust rebuilding is approached questioning the difficult equilibrium between lacks and excesses of trust. 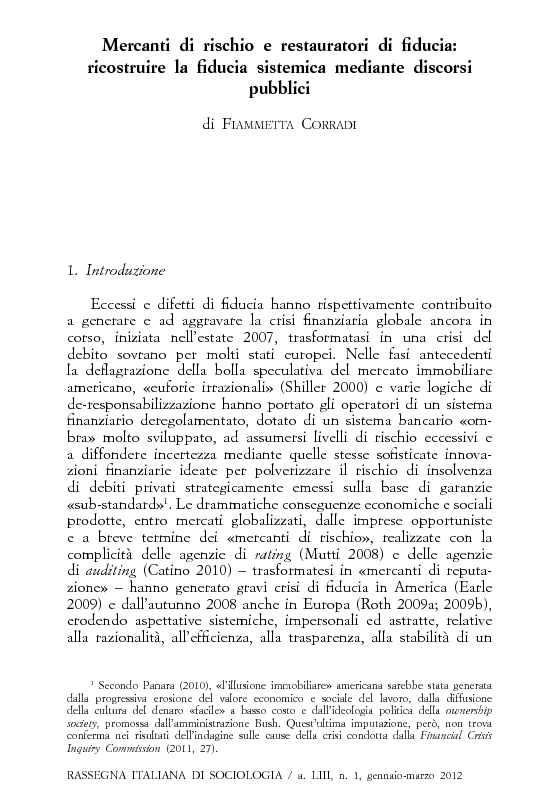